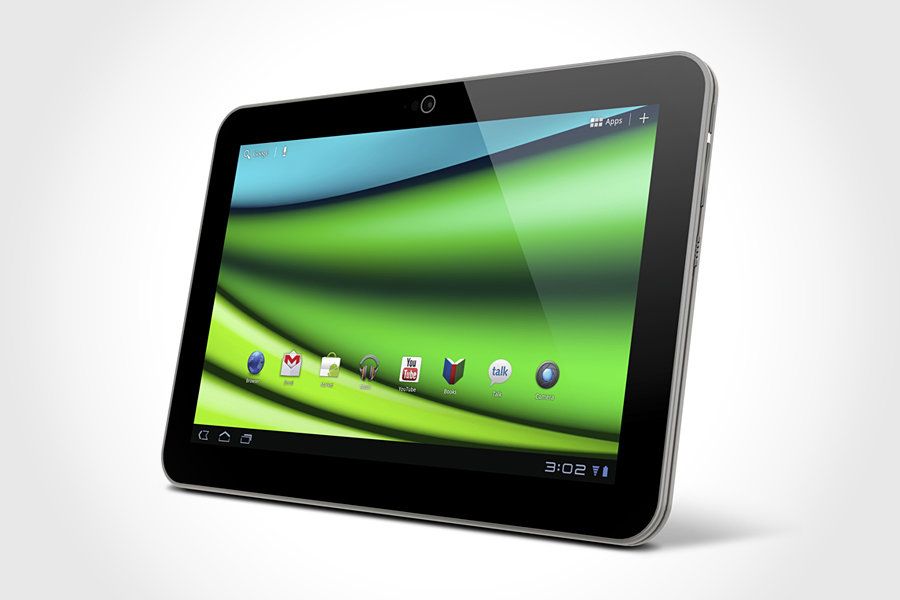 do the market really need another 10-inch tablet? yes, if it is the world’s thinnest 10-inch tablet measuring just 7.7mm (0.3 inches) thin and is engineered with premium materials and components. that’s exactly what the Toshiba Excite 10 LE tablet is and according to Carl Pinto, vice president of product development of Toshiba America, the tablet “embodies what a luxury tablet should be.” with that statements, you should have some idea on what to expect. key features include a multitouch 10.1-inch LED backlit display shield against scratches by the Corning Gorilla Glass with anti-smudge coating, stereo speakers enhanced by Toshiba and SRS Labs, a 1.2GHz Texas Instruments multicore processor, 1GB RAM, a 5.0-megapixels main camera with LED flash, a 2.0-megapixels front-facing camera, and a built-in 25wH rechargeable lithium-ion battery. the tablet also comes equipped with a host of sensors that include gyroscope, accelerometer, GPS, eCompass and ambient light sensor. connectivity and interface are also ample with microSD card slot for expanding your storage, micro USB, micro HDMI, WiFi (b/g/n), as well as Bluetooth 2.1 +EDR. all these features comes in a sleek, high quality magnesium chassis and oh, it runs on Android 3.2 Honeycomb, upgradable to Android 4.0 Ice Cream Sandwich subsequently later this Spring. apart from the standard applications that come with any Android tablet, the Excite 10 LE comes preloaded with a mix of Toshiba software and third-party applications. the Toshiba Excite 10 LE will be available from next week with a starting price of $529.99 for the 16GB model, while the 32GB model will set you back at $599.99.