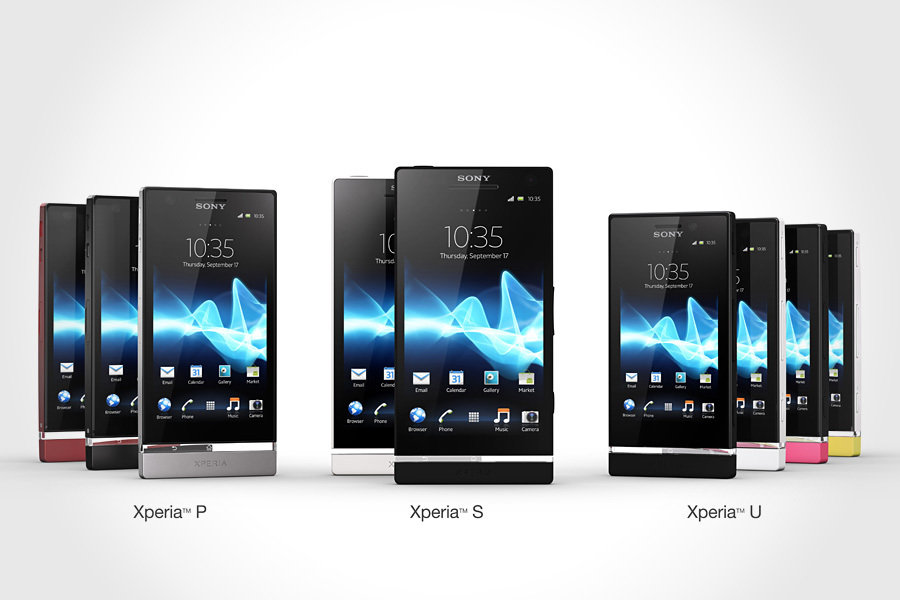 with so many Android phones going around, as consumers, we are spoilt for choice and the options are growing by the day, more so after the recently wrapped up Mobile World Congress at Barcelona. joining the fray of Android handsets with the look to die for is the new Sony Xperia NXT Series smartphones. continuing the sleek, sophisticated design that the Xperia branding is known for, the Xperia P and -U joins the Xperia S that was announced earlier this year, with focus on “a connected entertainment experience.” this duo features an unique “transparent element”, which is essentially a band with integrated invisible antenna components, circling the base of the phone and this band will illuminates when receiving calls, texts, and notifications. common features of the Xperia P and -U include all-new user interface, a new video and music player, Reality Display powered by Mobile BRAVIA Engine, fast capture camera, and 1GHz dual-core processors. both phones will run on Android 2.3 Gingerbread on launch with promise of upgrade to Android 4.0 Ice Cream Sandwich sometime in the second quarter of 2012. users will also be able to access to premium entertainment contents through Sony Entertainment Network’s Video Unlimited and Music Unlimited.

features of the Xperia P include 4.0-inch Reality Displays powered by Mobile BRAVIA Engine, WhiteMagic display technology (think ambient light sensor with power efficiency in mind), 16GB of flash storage, 8.0-megapixels main camera, HD recording, 2D and 3D panoramic images capable, HDMI-out, DLNA-enabled, and NFC (near field communication) capable. the Xperia U, on the other hand, sits in the compact handset segment with a 3.5-inch Reality Display, also powered by Mobile BRAVIA Engine. other key features of the Xperia U include 5.0-megapixels rear-facing camera with HD recording, 2D and 3D panoramic images capable, and a boost in the sound department with xLoud and 3D surround sound audio technology. hit the jump for a gallery of this pair of beautiful phones.