Internet celebrity with a sob story and former Page 3 girl, Tracy Kiss, has made headlines again and this time for making a necklaces with a pendant made from her labia. Yes. That labia. Snipped from under her belt region. Apparently, Kiss (no relation to the rock band, btw) has been suffering from pain at her private region down south. Oh god, why do I have to know that??? Anyways, Kiss decided that, after 29 years, enough is enough and went under the knife to end her misery once and for all. After the surgery, the now detached excess labia is hers to keep. 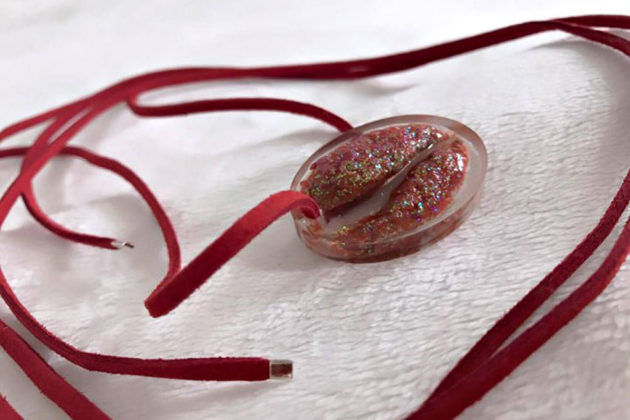 Now, don’t go all squeamish on this. It is a common practice to let the patient choose if he or she want to keep whatever that was snipped as souvenir. And how do I know? Because I was asked if I wanted the foreskin… No, wait. That’s too much information for you to know. Moving on… the story goes as Trace brought her labia home. Once the bits turned from pink to grey (from dying, obviously…), she began to work on them, painting them (it’s a pair, in case you failed your biology 101) and embellishing them with glitter. Clear casting resin were then added to seal her womanly bits to result in a fashion piece that reminiscent of a cast insect specimen. 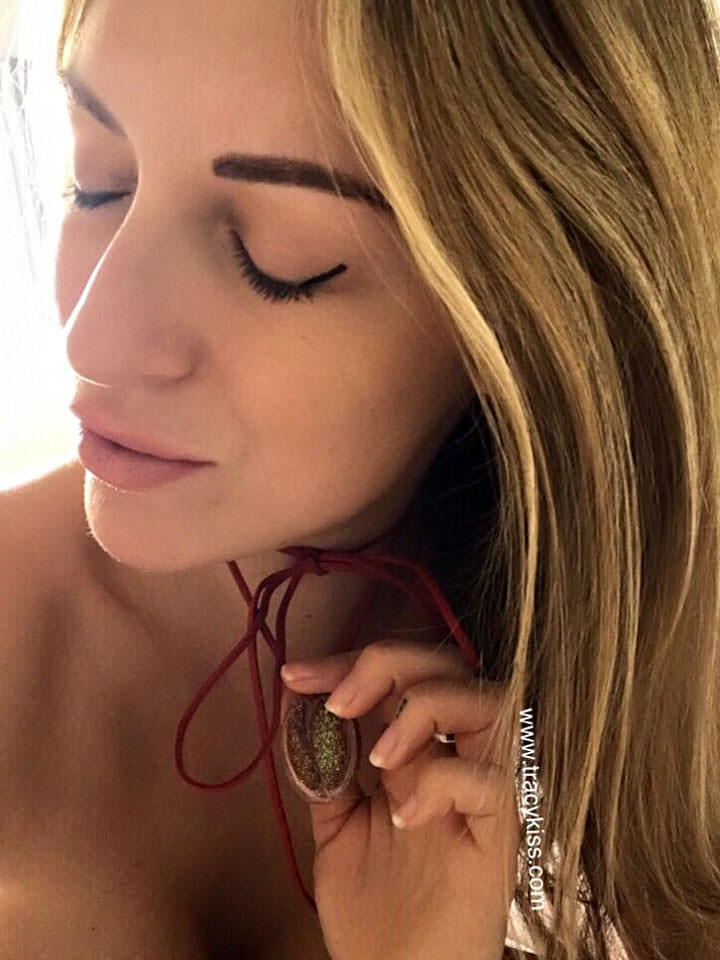 Finally a choker was added as a final touch, so Kiss could wear it. She’s calling it the “Crystal Labia Jewellery.” TBH, the knowledge of the pendant was made from her labia can be quite grotesque, but if you don’t know what it was made from, just by looking at it, you won’t even know what it is. It is just another pretty fashion piece. So, anywho, Tracy Kiss effectively has a vagina necklace. That’s some seriously weird shit there. For benefit of all mankind, Kiss has made a video of the making of the Crystal Labia Jewellery which you can find embedded below.

Be warned though, it is somewhat graphic in nature and not for the very faint of heart. If everything bodily seems gross to you, then it is best to avoid the said video. Don’t say I didn’t warn you about it. Apparently, Tracy is not new to treating the world with shocking acts that would make her appearing topless as a Page 3 girl seems pale in comparison. Previously, Kiss has admitted that she drank semen smoothies every day, saying that it helps to combat anaemia and depression. Good lord. This girl is one of the kind, isn’t she? Skip ahead for the said video.