the classic Optimus Prime sheds its red/blue with flame design as part of the Transformers x A Bathing Ape 2014 Capsule Collection, which was announced to coincide with the release of Transformers: Age of Extinction in Japan on August 8, which is kind of weird that the the collaboration did not base on the silverscreen version of Transformers. perhaps, old school is more in favor in Japan? that said, this Capsule Collection may not necessary appeal to new found fans of Transformers. anyways, the Prime here is known as Transformers MP-10 Convoy Bape Version, which sees Optimus Prime garbed in A Bathing Ape green, accented with the Japanese street wear brand’s signature camo pattern in green, which in our humble opinion, looks way more sleek than the original red/blue prime mover. the toy here, is of course, based on Japanese toy company TOMY’s classic Prime figure, which you may have already see in some of your local toy stores. 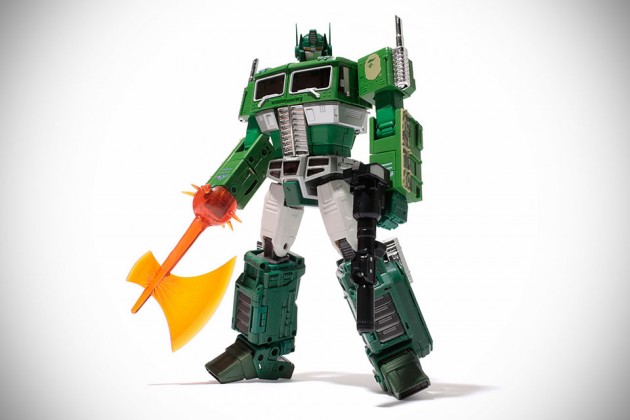 the rest of the collection includes T-shirts, hoodies, and snap back caps, and will be available for both men and kids. yes – even the hoodie, so your kid(s) can look as cool as you do. the merchandizes feature both brand’s motifs, with A Bathing Ape showing of their trademark camo patterns, while Transformers are represented by Optimus Prime, Bumble Bee, as well as Dinobot. no prize for guessing why those three are picked. to be honest, we are suitably less than impress by the apparels, well, maybe except for the tee that sports a split icon of both Autobot and Decepticon, and maybe the hoodie (red A Bathing Ape camo!). anywho, the collection is set to be released on the 9th this month, in Japan, naturally. as for the stickers, the Transformers MP-10 Convoy Bape Version has a list price of 18,144 Yen (about US$177), tax inclusive, while the rest of the apparels start at 5,616 Yen (around US$55). keep going for a few more look at some of items in the collection. 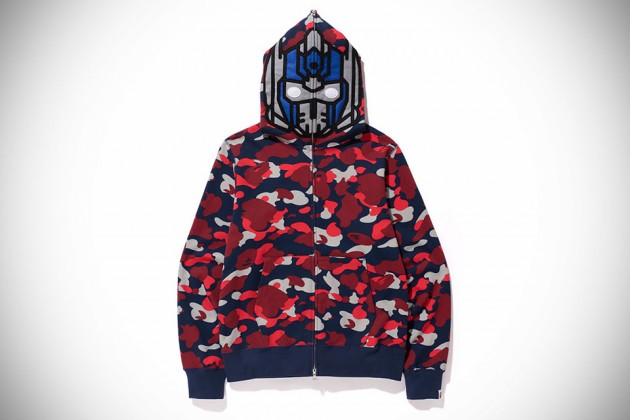 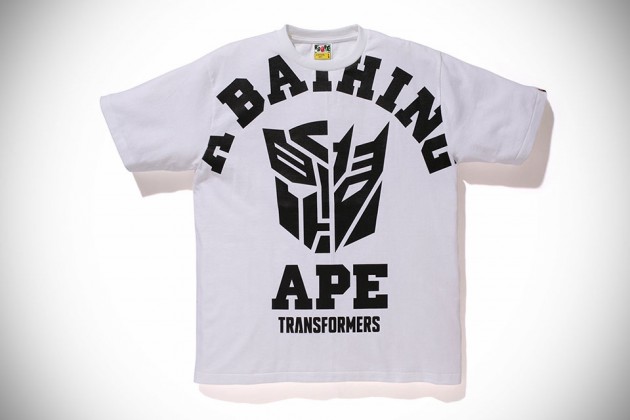 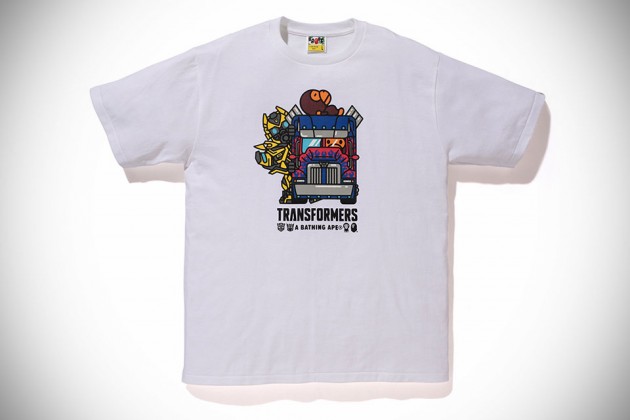 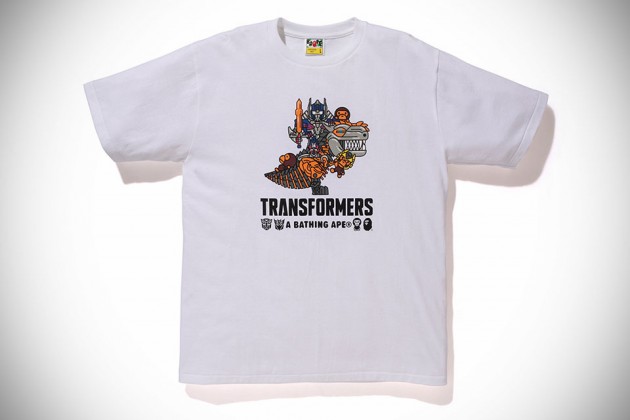 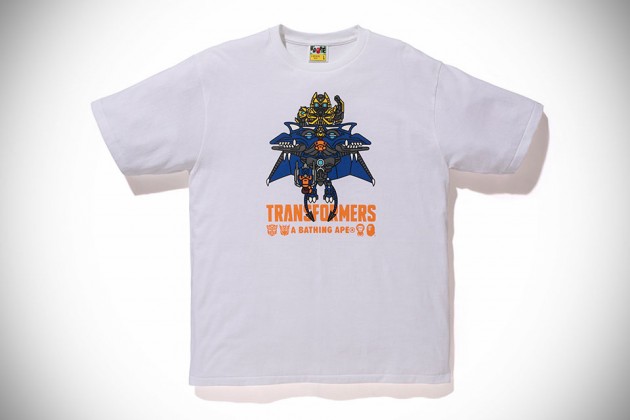 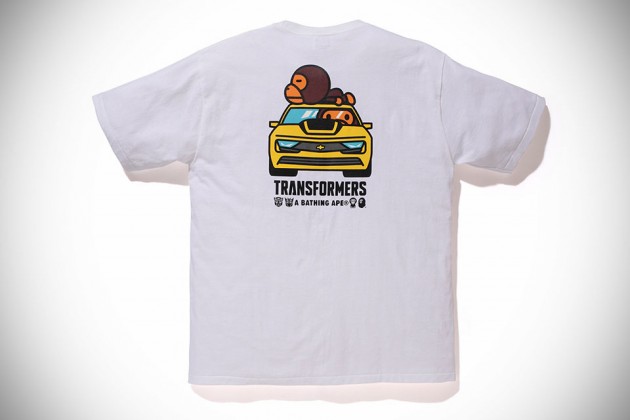 A Bathing Ape [JP] via Hypebeast