the market is no shortage of good looking wireless speakers, but you’d be hard-pressed to find one that could be described as an all-rounder. lucky for you, the Tubecore Duo Intelligent Home Audio System happens to be one that fits the ‘all-rounder’ bill. we can’t deny the fact that this hardwood cabinet enclosed audio system is an absolute looker and the single control knob machined from solid aluminum mounted atop only adds to its character, but it is what goes has under the wood that draws us to it. combining the best of the old- and new-school technologies, the Tubecore Duo marries the powerful warm sound as offered by analog technology of solid state amplifier and two single-phase vacuum tube pre-amps to an onboard computer, featuring a 24-bit DAC for streaming of rich, uncompressed audio and also opening up to a world of media possibilities by allowing you to stream virtually everything from everywhere.

since it has a computer built into it, it is also the first and only streaming media player that can be modified, hacked and upgraded as you wished (as long as you know what you are doing, that is). while analog phono and line level inputs have traditionalists covered, it also boasts modern connectivity options such as Bluetooth and WiFi for wireless audio streaming, Ethernet and USB ports for wired streaming, plus HDMI for high-definition video treats. rounding up the package is a magnetic speaker, available in a variety of colors to suit your taste and/or interior decor, plus an user-controllable RGB LEDs offering over 16 million of color options that should have every color preferences covered. the Tubecore Duo Intelligent Home Audio System was an overwhelmingly funded Kickstarter project and if you are reading this, chances are you have missed it, but fret not, cos’ you still have an opportunity to score one with the on-going special pre-order price of $479, which is a good 170 bucks off the eventual retail price. 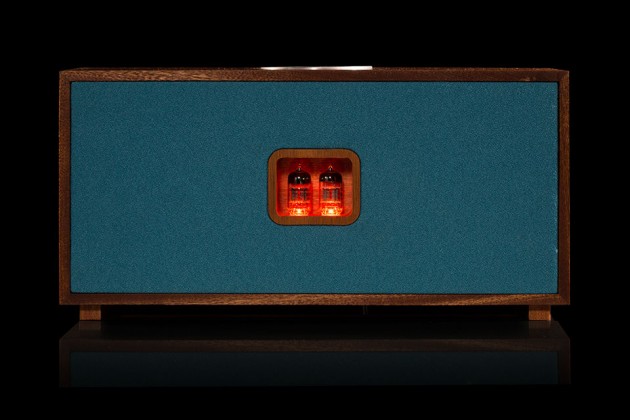 p.s. if you don’t like the stock tubes that comes with it, you can opt for ‘higher spec’ tubes and if you want a more versatile and powerful computer, a UDOO with quad-core processor and 2GB of RAM is also available as an alternative to the default Raspberry Pi. though be mindful that those ‘upgrades’ will cost extra.