kitchen sink strainer is among the last thing on Earth that needs innovation, or so we thought. some may exclaim ‘it’s a strainer, for goodness’ sake. what’s there to reinvent?’ well, if you happen to be one of the aforementioned, then you probably have not done the washing chore in a long time, or even ever. however, for those who do, we all concur the real chore is not in the washing the dishes, but clearing the ‘aftermath’, that is, the food scraps and stuff that accumulate at the strainer. strangely enough, the gourmet we have consumed, suddenly becomes a distasteful or even disgusting garbage that we loathe to clear (but have to). in comes Tweak, a sink strainer reinvented with the sole purpose of making that part of the chore less dreadful. 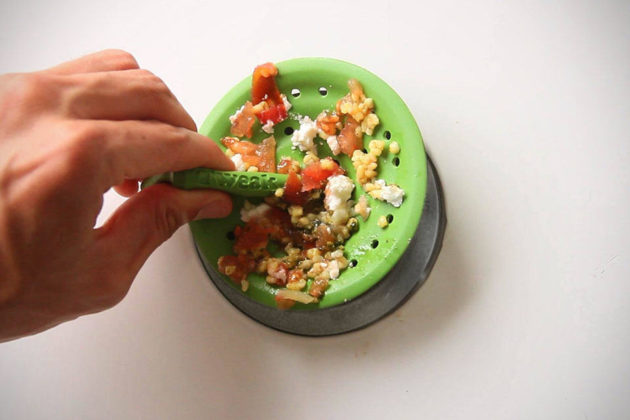 created by Israeli duo, Nitzan Shafat and Aviv Rozenfeld, with the aim of letting you clear the mixture of scraps without having to touch them, the flexible sink strainer appears to be just like another other strainer, but with a contoured surface (with holes, of course) and a sloping bulge. when you are done with the dishes and the wet remains of what once used to be delectable cuisines gather atop of it, all you need is give the Tweak’s bulge a pinch and it transforms into a conical-shape ‘dish’ that you can grab and drop the remnants into the waste bin. but the magic don’t stop there. while in the conical-shape, with the waste aimed at the bin, a nudge on the cone pointed end will pop all the remains out in one swift action. in this way, this critical part of the whole doing the dishes routine can be done without you ever touching those slimy stuff.

it is a simple idea, motivated by the need of not getting your hands smudged by whatever is on the strainer and to that, we give it a double thumbs up. absolutely brilliant. there is one version sized for bath tubs as well, you know, to catch whatever grimes and hairs that might want to trespass. the fact that this Kickstarter campaign has broke its minimum funding goal of $14,000 in just two weeks, goes to show that this innovation might be long overdue. for the next 42 days (up to July 01, 2014), you will be able to grab the Tweak sink or tub strainer for just 8 bucks a pop. catch a fun pitch video after the break which, in our humble opinion, will totally convince you why you really need one of these. 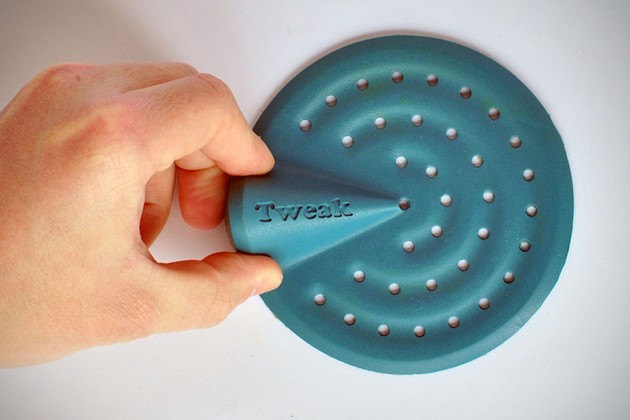 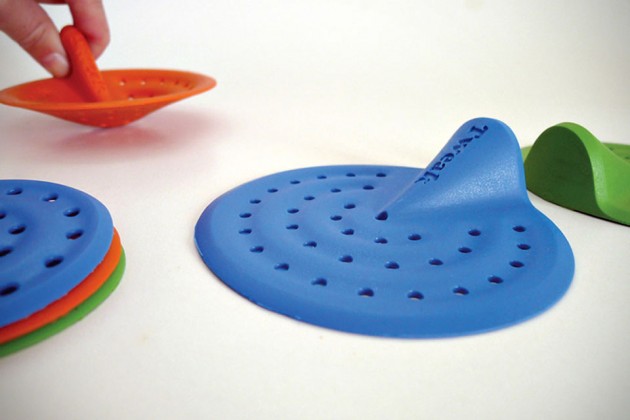