as a norm, accessories only come after or at the time of a product announcement, but not in the case of the LG Tone Infinim Bluetooth Headset (model: HBS-900). a result of a collaboration with Harman Kardon, the Tone Infinim is described as “the perfect companion device to complement LG’s new flagship smartphone LG G3”, which makes it an official accessory to the upcoming G3 smartphone (well, kind of) and also making LG the first handset maker, or brand for that matter, to announce an ‘official’ accessory ahead of the main product’s unveiling. the headset is primarily optimized for the G3, featuring G3-specific functionality such as Name Alert, which announces the name of phone number of the incoming call and Answer ME+, where raising the G3 handset to your ear will automatically disconnect Tone Infinim, thus allowing you to use the smartphone’s built-in speaker and microphone. though obviously target at users of soon-to-be-announced LG G3 smartphone, the LG Tone Infinim Bluetooth Headset is naturally compatible with most Bluetooth-enabled devices too. 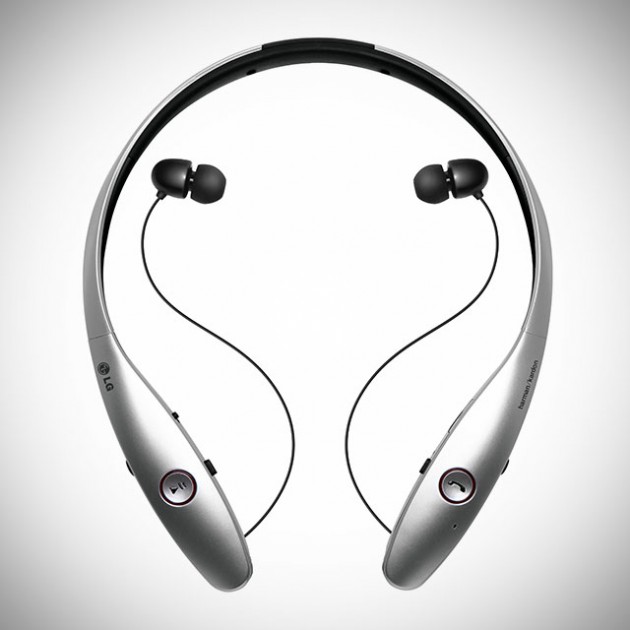 the device uses Bluetooth 3.0 and supports a wide range of Bluetooth profile. it has a 220 mAh battery offering up to 17 hours talk time or 14 hours play time, and has an impressive 550 hours standby time. not bad for something this compact, eh? the Tone Infinim has a behind-the-neck design and the hardware itself is equipped with jog button for music control, plus buttons for play/pause and taking of calls (one on each side). there is also a built-in retractable cord management system that ensure wires are not expose and thereby eliminating the risk of entanglement when you go about your daily routines while wearing the Tone Infinim. finally, the device also features sound and vibration alerts to inform you of incoming messages, current time and battery status. no word on the pricing, but it is said that it will be available starting this summer in major markets globally.