There is no lack of VR video camera, but to date, the so-called VR video, which rightfully should allow you to view in immersive 360-degree, is recorded with a camera with either a single lens or duo lenses camera. There’s really nothing wrong with it, really, however, a South Korean startup believe it shouldn’t be the case. TwoEyes Tech believes that 360 VR video should be recorded as how human eyes see, i.e with two eyes and it has the device that does exactly that. 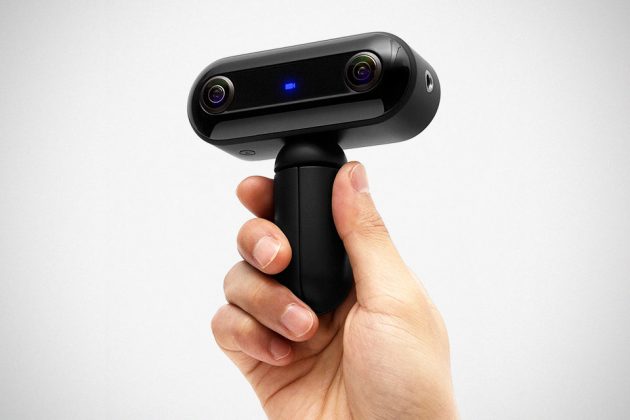 Called TwoEyes VR (well, duh!), it is a binocular 360-degree FoV VR camera that boasts two pairs of 180-degree fisheye lenses arranged 64 millimeters (2.56 inches) apart. The distance between two lenses where chosen to mimic the distance between human eyes which the company says will result in a 360 video that will provide a “more comfortable VR experience.” TwoEyes’ four fisheye lens cameras will reproduce VR images that mirrors what we are suppose to see, mimicking the depth and all, and in it does so without any additional equipment or process. 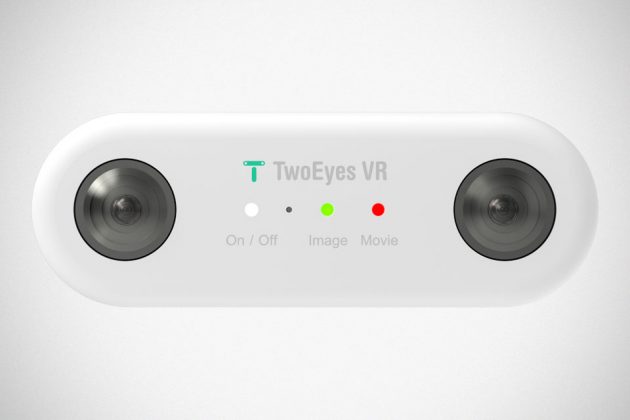 TwoEyes Tech claims TwoEyes VR as the “first 360-degree 4K video camera that truly mirror human eyesight.” Two modes of recording are possible: binocular mode when it is held horizontally and monocular mode, when the device is held upright. Additionally, the videos can be converted from 180-degree and 360-degree, and vice versa.

Recently, TwoEyes has the honor of being granted a CES 2018 Innovation Award. Speaking of which, you will be able ti catch TwoEyes Tech’s products over at the Eureka Park Marketplace in Hall G, Booth #51677 from January 9-12, at the Sands Expo Center in Las Vegas. And oh, TwoEyes is also successfully funded Kickstarter campaign too. If you missed that, you can still secure a unit on Indiegogo InDemand for $249 a pop. Product video after the break.