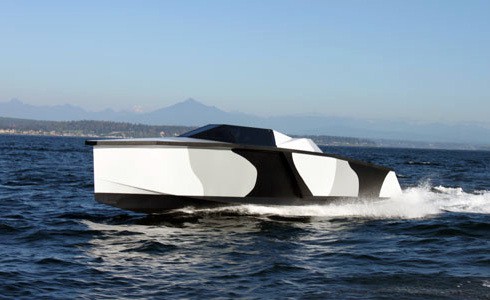 you will be amazed how material engineering can contribute to astounding performance of a vehicle. case in point: the next generation unmanned boat from Ohio-based Zyvex Technologies (formerly Zyvex Performance Materials), dubbed Piranha. this 54-foot boat is 75% lighter, 40% stronger, and a whopping 400% more fuel efficient than the similarly-sized traditional aluminum hull boats, thanks to its carbon fiber hull with carbon nano tubes. this fusion material resulted in an extremely light and yet strong hull that contributes to its amazing performance. catch the video of Piranha in action at the Puget Sound after the break.
[ad#Google Adsense-text-468×60]

the Piranha is said to be able to achieve 1.6 miles per gallon (mpg) and 2.5 miles per gallon (mpg) at 25 knots and 38 knots respectively. while traditional aluminum hull boats achieved a typical 500 nautical miles range, the Piranha is capable of 2,800 nautical miles before it needs refueling. aside from endurance, the Piranha has a payload that is more than 10 times of a traditional boat. it is capable of carrying 5,000 lbs of payload plus 10,000 lbs worth of fuel, hence giving it the incredible range. this vessel is also designed to be used as a ‘manned’ vessel in which troops, rescuers or researchers can be ferried within the safety of the Piranha. 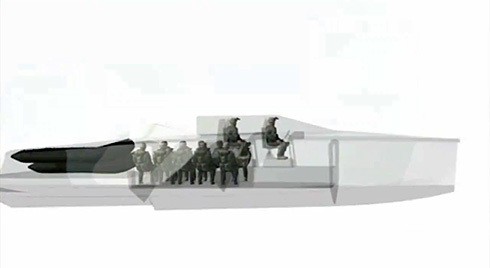 with its greater range and payload than the traditional Unmanned Sea Vehicles or USV, the Piranha will be an ideal craft for a wide variety of applications, including harbor patrolling, oceanographic research, search and rescue operations et cetera. Zyvex Technologies’ Piranha made its debut during this week at the Sea Air Space Exposition which ended on the April 13.