unless you are 100 percent mad about gaming, like all kinds of gaming (and maybe with some entertainment thrown into the mix), you probably won’t be enthralled by the idea of Steam. however, if you do, then you should really get excited by the Valve Steam Controller. mind you. the Valve Steam Controller ain’t your regular controller, first by design and second by the functionality. it is, according to Valve, an input interface that bridges the gap between the desk and the living room. well, we are not so much bothered by that marketing statement, really, cos’ we are already being sucked to it for various other reasons.

aesthetically, Valve has taken a futuristic approach in designing the controller; it is touch-enabled controller featuring a tiny but high-resolution, clickable screen (think of it as oversized button that happens to have a display on it) that displays context-based content and buttons (much like the Razer Switchblade User Interface) and a pair of high-resolution circular trackpads as control sticks. like those control sticks found on traditional game controllers, these slightly concave trackpads are clickable (think PS3 controller’s R3 and L3 buttons) and also provides haptic-feedback for that added tactile feel.

NOW READ  OXS Thunder 7.1.2.ch Desktop Gaming Sound System: Is It Too Good To Be True? 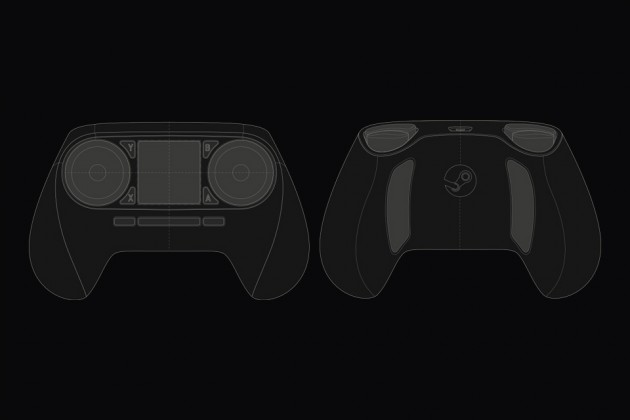