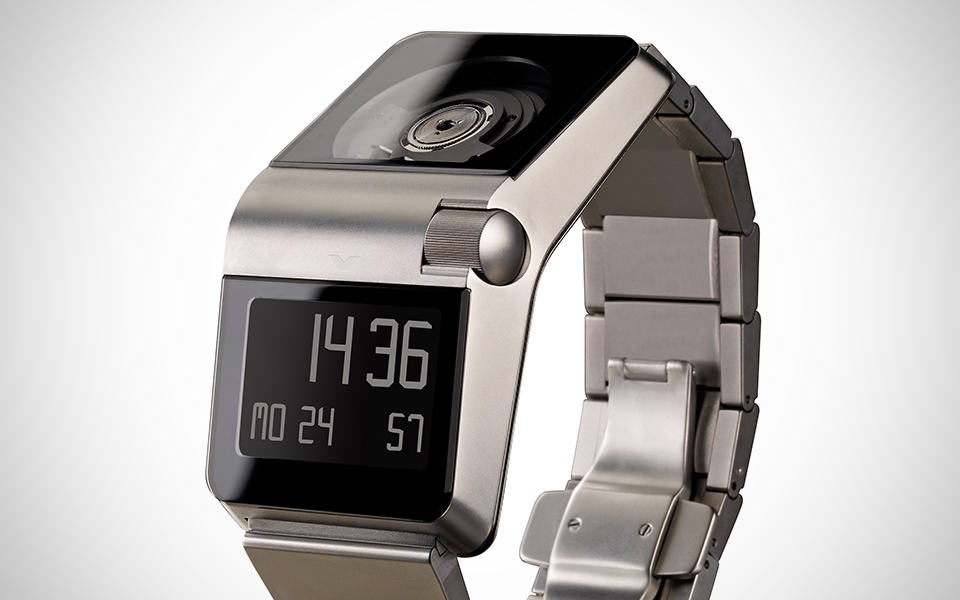 you know? there are times where we did missed out on some really cool stuff and we just let them pass as they are ‘old news’ but not for the Ventura SPARC MGS – a luxury time piece that we find its design and inner workings too revolutionary to give it a miss. hundred years old news or not – it deserves to be mention again and again. so what’s makes the SPARC MGS so special apart from looking really fantastic? the magic lies in its self-winding mechanism dubbed as the Micro Generator System (hence, MGS) that sits adjacent to the watch digital display which it readily powers. as you can see, this is no ordinary self-winding watch (or otherwise known as automatic movement). instead of being powered by standard watch battery, the MGS is the source of power for the 12-digit LCD and its microprocessor – which by itself is an amazing feat.

however, just how exactly this tiny generator works is best leave to the watch engineers or serious watch mechanics but if you are really keen, there’s a video after the break that gives you a brief insight on how it works. other features include a beautiful Durinox (or Titanox, depending on the model) tempered steel encasement, scratch-resistant sapphire crystal for both the MGS and the LCD, LED backlight, energy management with sleep mode and movement detector, water-resistant up to 30 meters (100 feet) and a charming single scroll wheel or EasySkroll as it is called, that allows you to cycle between date, two time zones, chronograph, alarms, and make your choice between 12- or 24-hour format. the Ventura SPARC MGS Mechanical Automatic Digital Watch is available in four models with prices that range from $5,150 to $5,500 a piece.