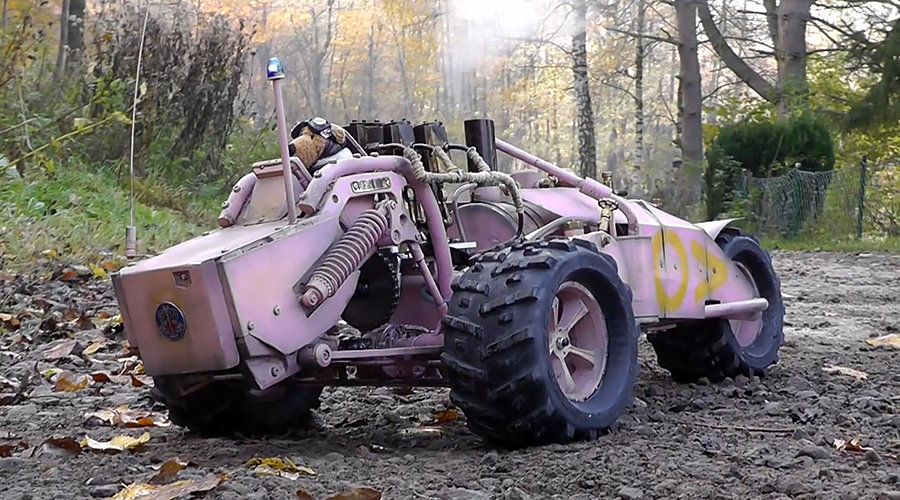 today, RC cars are getting speedier but that doesn’t mean everyone who’s into RC are all speed demons. one YouTube user by the nick of Prallplatte took on the opposite route by creating a steam powered RC Trike. yup. you heard it right. it is a trike slapped with monster truck wheels and pushed on by a petite steam engine. needless to say, we were impressed like the many others – even despite it is a slow, hulking 8.8 kg monster trike. actually, the steam engine is not the only thing that we marvel at. we are equally impressed by its overall aesthetic, which we thought looks more steampunk-like. what really goes on under the hood is anybody’s guess. what we do know is it has real working suspensions, a teddy pilots it, and it was born out of Prallplatte’s ‘Secret Ural Russian Laboratorys’… whatever that means. anyway, blast past the jump for a pretty comprehensive video of this ‘Steamtike’.
[ad#Google Adsense-text-468×60]