At nearly 20 feet long, the Vision Mercedes-Maybach 6 is a behemoth amongst the coupes known to man and it is certainly Daimler’s bold, if not the boldest, vision of the future of luxury car which will be driven by a 550 kW (750 HP) electric drive, offering a range of no less than 500 kilometers (310 miles). Not a lot of technical details were disclosed at this point, but I guess Daimler don’t really have to, because the look has already won us many times over. The thing about Vision Mercedes-Maybach 6 is, it may be bold like most concepts, but it has a design that’s totally plausible, though we can’t speak for the visionary specs laid out in the official press text. 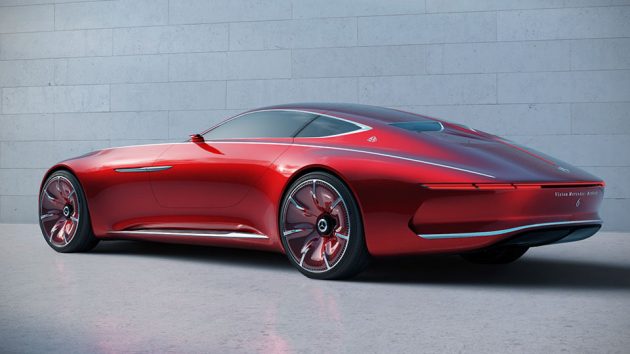 We can totally see this thing on the road in future. And yes, it still has wheels (a really massive set, btw, coming in at 24 inches), the automotive world, and the world in general, is not that futuristic as yet, sadly. Anywho, according to Daimler, the all-wheel drive Vision Mercedes-Maybach 6 is driven by four compact permanent magnet synchronous electric motors which draw the current from “shallow underfloor battery” that boasts a usable capacity of around 80 kWh. This combination affords the luxury electric vehicle to zip from 0-100 (0-62 mph) in under four seconds, and sending it on its way to an electronically limited top speed of 250 km/h, or about 155 mph. 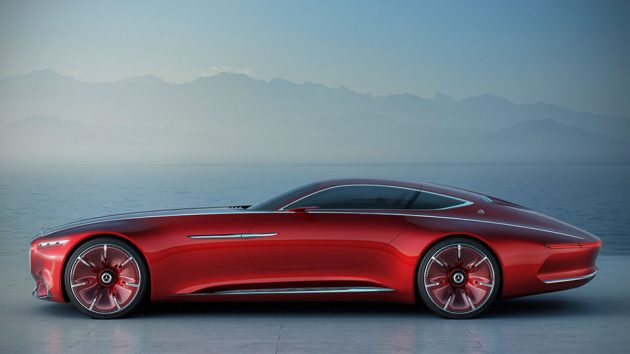 Furthermore, this visionary ride also addresses concern about charging time by incorporating DC charging based on CCS standard which will provide 100 kilometers (62 miles) of range with just five minutes of charging. Aside from traditional plug-in charging at both public charging station and domestic outlet, it can also be charged wirelessly. As for the aesthetic, the car’s inside and out pretty much speaks for itself. This car simply looks ridiculously stunning. 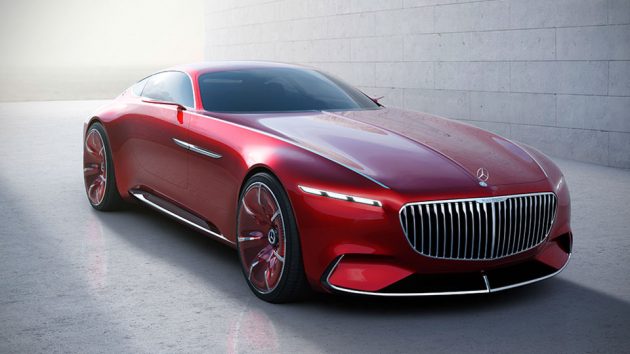 With a stretched hood, fastback, gull-wing doors, a coupe-styling with space for 4 to boot, and a stance that looks like it is poised to pounce at any given moment, what could possibly go wrong? We’d say nothing and while we will never be able to own one even if it becomes a reality, it will be lovely to see it cruising around. As wonderful as it may be, do not hold your breath for one anytime soon. What Daimler has presented is nothing more than a design study, but it does, however, give us an insight into what is to come for Maybach and the pointed star marque in general. 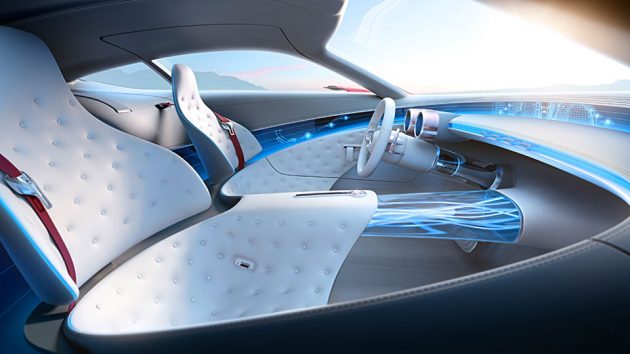 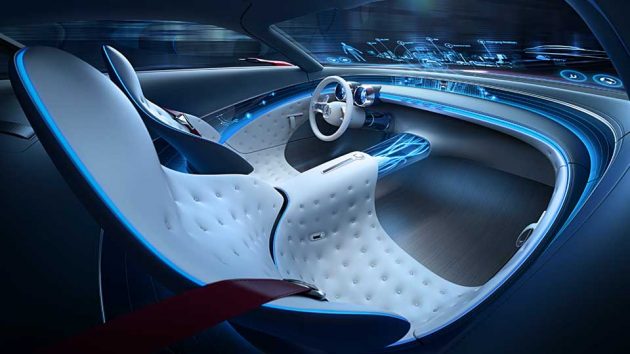 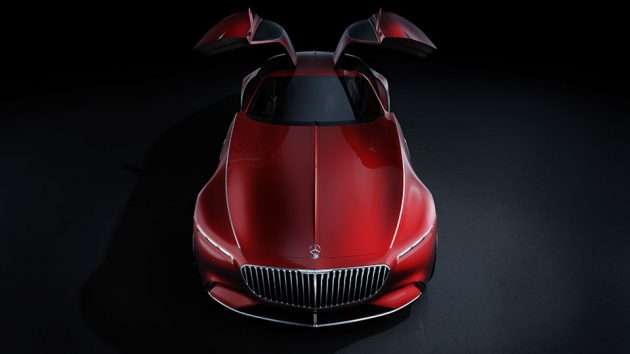 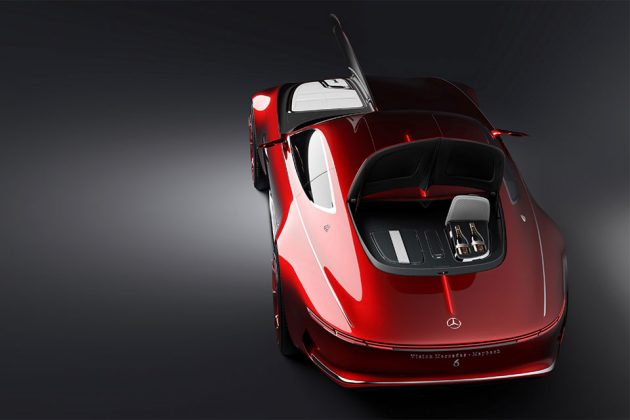 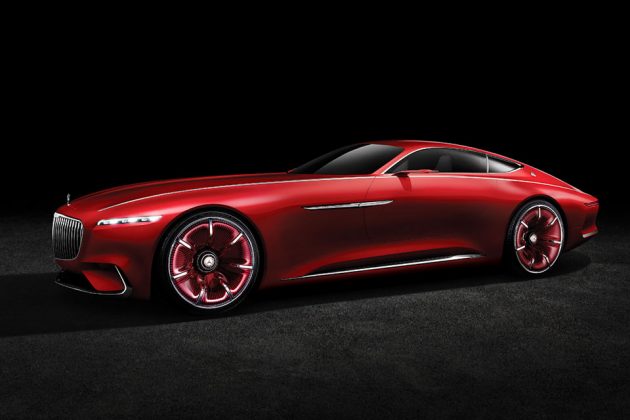 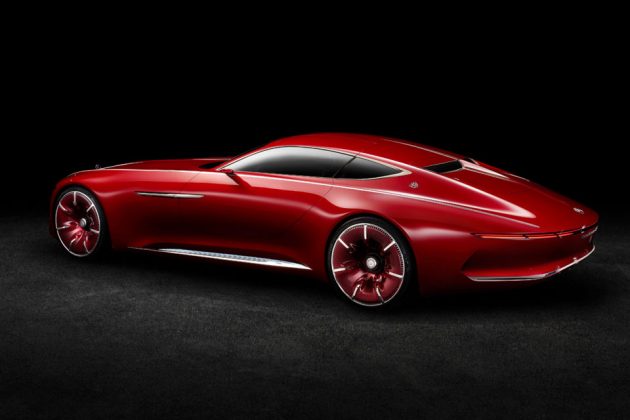