Afraid of flying? Well, fret not because, in future you may be able to embrace the safety of the land and travel in absolute comfort in an autonomous car like the newly unveiled Volvo 360c Autonomous Concept Car which will make you feel like you are traveling in a $20,000 per flight suite on an Airbus A380. It is all-electric and fully autonomous, obviously, and it has a panoramic sweeping glass dome so you can count the stars, lying down, as the car hits the road. 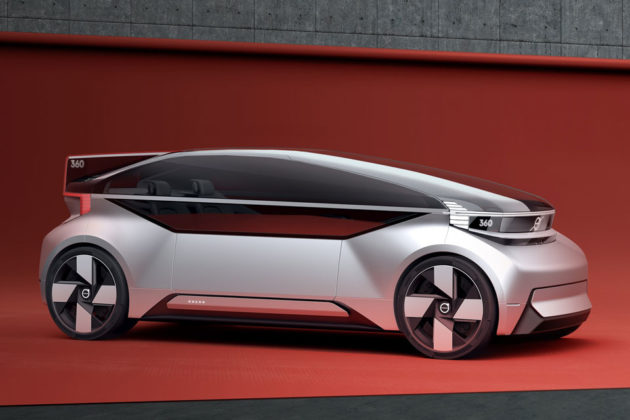 Yes. We said ‘lying down’ because, that’s what the 360c will let you do. It has a proper bed, albeit a little narrower than a single bed. It’d be like flying, but less the potential turbulence that will make you grip the seat armrest so hard that you’d thought you will break’em. Beyond that, it is also a place of play and work. It has a modular interior which can be customized to your need. It can even project relevant information onto the windows, so you’d not have to whip out your smartphone, tablet or laptop for whatever info that you may need. 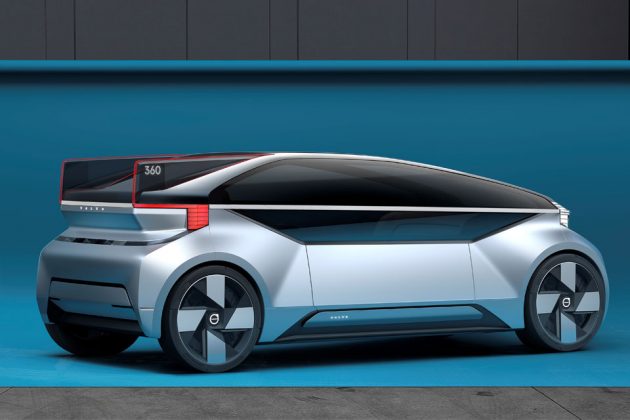 All told, it has four potential uses: as a sleeping quarter, mobile office, living room and entertainment space. It will go head to head with current form of transportation options with all the perks you can expect, plus the boon of absolute privacy. But that is, if you trust autonomous with your life and also trust that other drivers don’t messes with your self-driving ride. Just saying… If realized, the Volvo 360c could be the real life autonomous transport you saw in Minority Report. Heck, even the car design looks like the self-driving cars in the 2002 Steven Spielberg’s sci-fi flick. 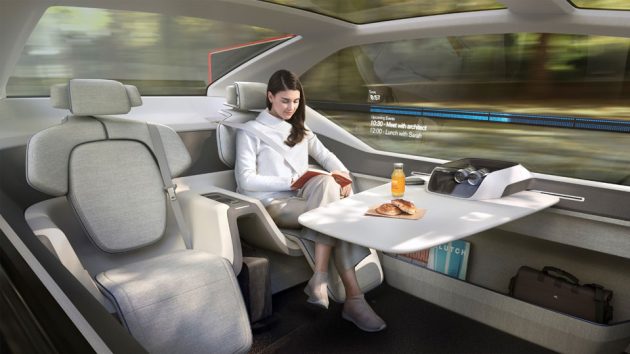 Volvo envisioned 360c as an alternative to short-haul air travel, providing “first-class private cabin travel from door-to-door,” all without the associated inconveniences of air travel. Right now, the Volvo 360c Autonomous Concept Car is just a concept, a vision that we suspect won’t materialize anytime soon. I mean, isn’t it always the case? 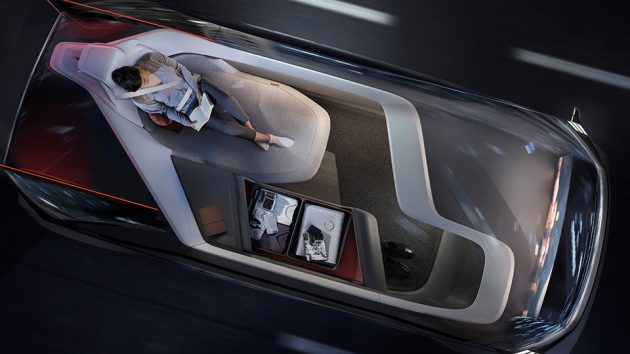 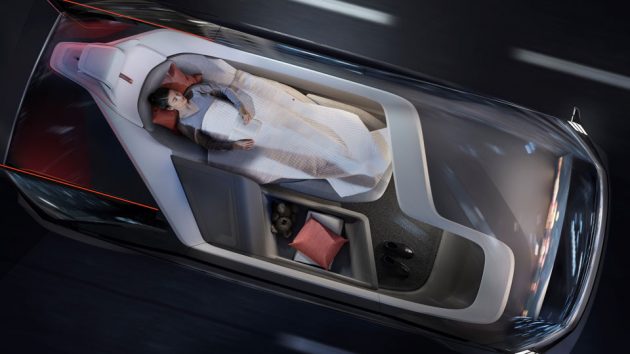