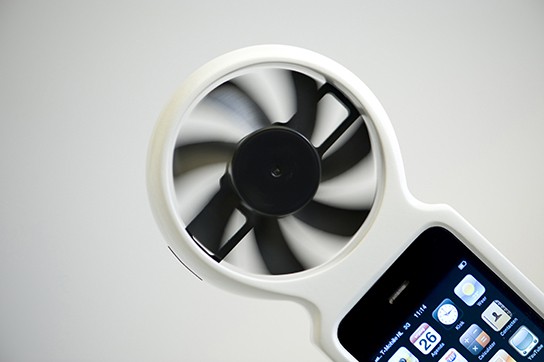 we have been lamenting about the poor battery life of iPhone, but then we have a solution by the way of portable chargers. but what if you portable chargers went out of juice? duh! not good at all. time to extract some power from Mother Nature in the form of wind. well, the poor battery life of iPhone prompted Tjeerd Veenhoven to design the iFan – no, it is not a fan powered by iPhone but rather, it is the fan that’s going to juice up your iPhone.

basically, iFan is a modified PC fan molded into a rubber iPhone case and Tjeerd said that it took him six hours to charge up his iPhone. sounds a little too long perhaps, but then again its free power and readily available… well almost. Tjeerd has plan to redesign the fan blades to make it more efficient in catching the wind but in the meantime, Tjeerd has something up his sleeves… an iFan for bicycle.

sounds cool, at least you don’t need to be running around holding up your iPhone with the iFan to get it charged up. you can just mount it on the bicycle and cycle for six hours… maybe not. i guess its not for a full charge kind of thing, just perhaps a boost to the depleting power that will be enough for you to make the last call for help to save your aching legs. 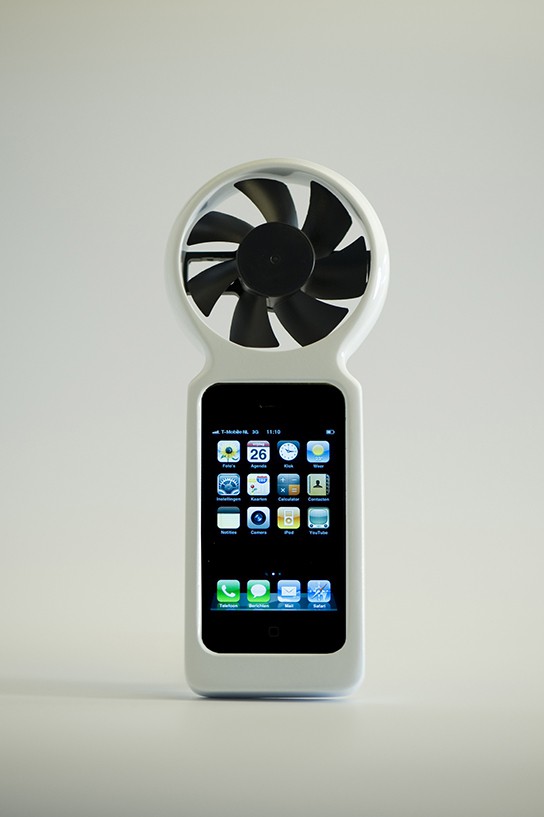 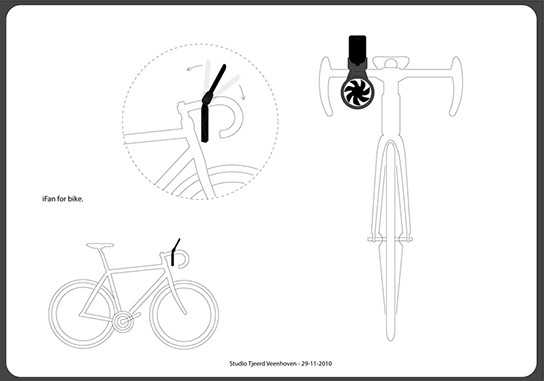