The idea of lamp in the likeness of the Moon is not new, but somehow, these guys from Hong Kong, COOcepts, have alleviated the concept quite literally. Their product, called Wireless Charging Levitating Moon Light, not only has the likeness of the Moon, but it levitates too – just like a Moon should. That by itself is a win to us. Using Neodymium magnets on both the walnut wooden dock and on the “Moon” itself, this is one Moon lamp you can’t look away. 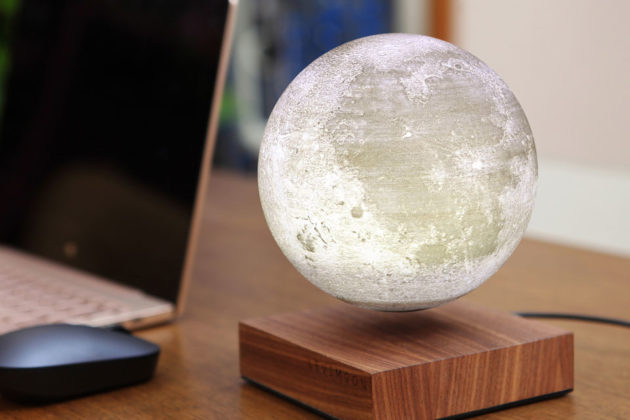 Unlike some floating lamps we see on the market, this one negates the need to take the Moon out of its levitation to charge; it recharges wirelessly even as it levitates freely able the wooden block. It can serve as a super cool nightstand light or a conversational ambient light in your living, or you can take it with you to literally let the Moon light up your way. So, yeah. It is portable too, which is kind of cool. Also, it makes for a perfect accessory if you are cosplaying Gru or Vector. Just an idea. 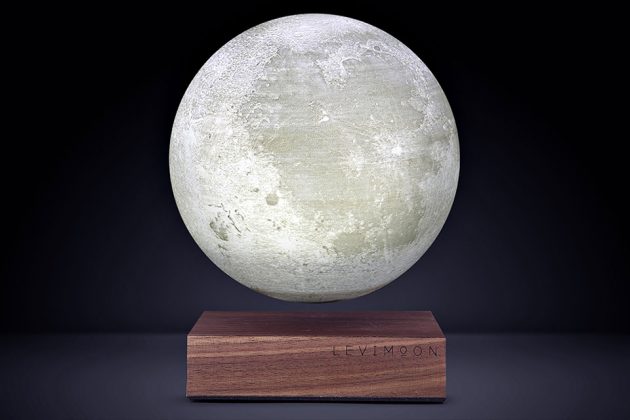 A touch sensitive switch lets you turn on or off the light, adjust the brightness, as well as selecting the two color temperatures available. The Moon itself is outfitted with a 600 mAh battery, good for anything between 10 and 100 hours of use, depending on the color temperature and brightness. The coolest part is perhaps the Moon’s design which actually features undulating surface that mimics surface of the familiar astronomical body that orbits planet Earth. 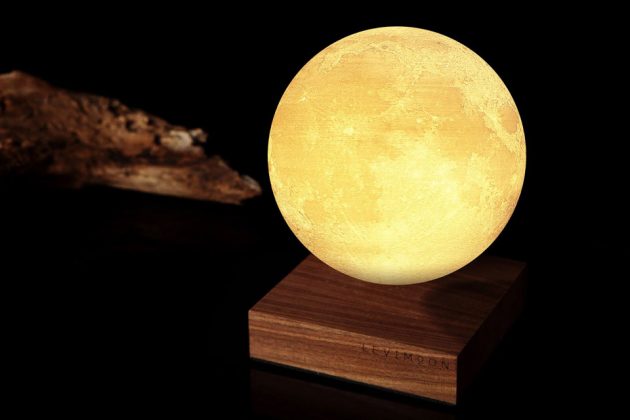 Wireless Charging Levitating Moon Light was a successfully funded campaign on Kickstarter and it is now a real product which you can buy with two versions to choose from: a 15 cm (5.9 inches) and a 20 cm (7.9 inches) model. It is no doubt one of the coolest desk lamps we have seen thus far, but this cool factor has quite a price to it. The 15 cm version has an asking price of $289 while the 20 cm variety commands a hefty $349. That’s quite a lot to pay for ambient/decorative lamp, but really, can you say no to a Moon? Proceed forward for the product video.