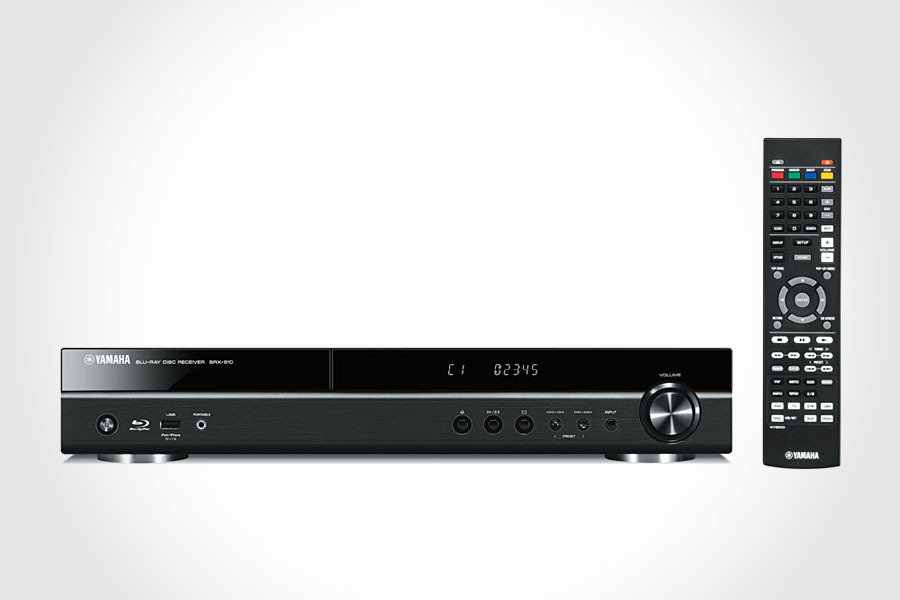 while we love the concept of home entertainment system, we loathe the clutter associated with the myriad of components typical of a home entertainment system setup. in a bid to reduce that clutter below your TV, we embrace the idea of sound bars and now, we can add the Yamaha BRX-610 Blu-ray Receiver to the list. as the name implies, it is both a BluRay player and a network receiver. features include a 5.1 channel offering a total of 500W, including 100W of low frequency thumping sound, front digital USB connectivity for your iDevice, DLNA-certified, 1080p output, HDMI out with Audio Return Channel, HD audio capable (including Dolby True HD and DTS-HD Master Audio), and support for BluRay 3D playback. additionally, it can be connected to your home network, granting access to a host of entertainment sources including BD-Live, YouTube, as well as media stored in your PC. features and specs aside, the BRX-610’s BluRay player and receiver combo is certainly a space saver. though it might sound like much but it is still a start. the Yamaha BRX-610 Blu-ray Receiver carries a MSRP of $549.95. larger views follows after the break.