Colin Furze did it. Hoversurf did it too and even got it to be used by Dubai law enforcement department, and so did a bunch of others. We are talking about hoverbike, AKA drone bike. Recently, one Chinese inventor Zhao Deli, a drone technician by trade, joins the growing enthusiast-built flying motorcycles with a pretty ambitious plan. Deli has devoted the last two years, building and testing his four-rotor flying rig which, after 1,564 test flights, he think it is ready to take his flying contraption on a 3,400 miles (5,471 km) expedition along China’s Yellow River. 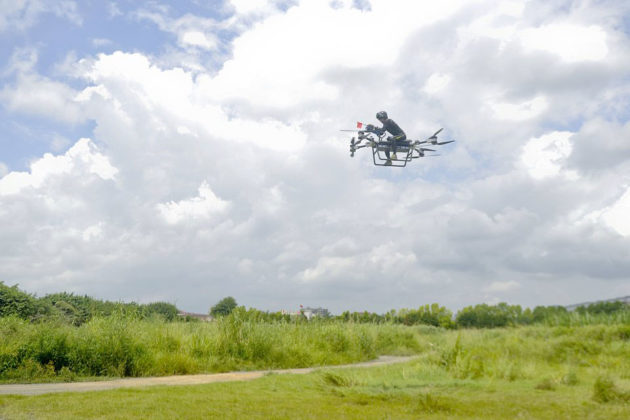 Interestingly, Zhao’s flying bike is boldly christened jindouyun, which translates to “somersault cloud,” after the feat in which the folklore Monkey King (or Monkey God) is said to cover ten thousand miles in one leap. Obviously, Zhao’s creation isn’t going to make ten thousand miles in one leap. This vehicle is very much down-to-earth: it is capable of cruising at around 10-15 feet (3-4.5 meters) in the air at up to 43 miles an hour (69 km/h) for a duration of 30 minutes per charge. 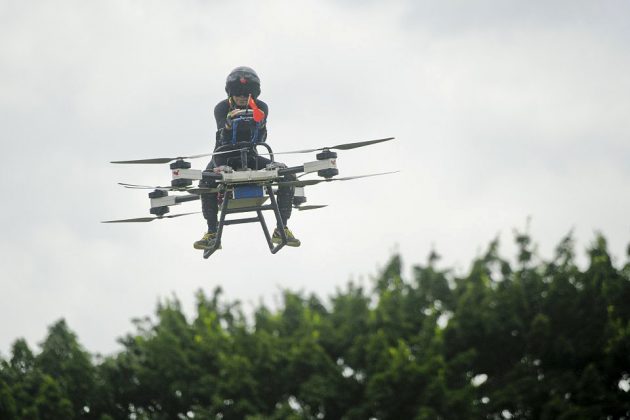 I would imagine his bold plan of Zhao weaving along the Yellow River with jindouyun will require several battery swap and charging. Nevertheless, we look forward to Zhao’s brave expedition. Who knows? He may bag himself a world record in the process. More importantly, he’d be proving his design’s reliability. There are no words when Zhao will be making the expedition with his trusty flying motorcycle though.

NOW READ  Are You A Fan Of DIY? Here’s How To Organize Your Working Space And Tools

In case you are wondering, Zhao said his invention is not merely to satisfy his personal gratification for personal flight. He is hopeful that a flying vehicle like his jindouyun will be to aid the agricultural industry for task like aerial crop spraying. Now, that’s a man with vision! 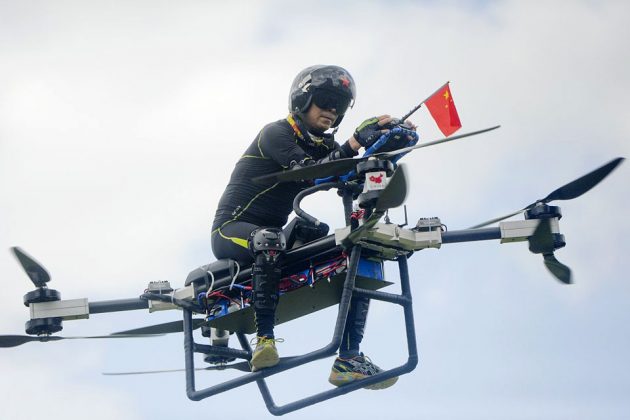