we are not going to lie to you. the ZTE Open C is nothing stunning as far as hardware design is concerned, but for those who are digging around for an alternative to current major OSes, it might be a good fix and a pretty affordable one too. as of May 8, 2014, the Open C, powered by the latest version of the Firefox OS, is available unlocked and exclusively on eBay US, UK, Germany, as well as Global Buying Hub with a modest $99.99 sticker (£69.99 in the UK, €84.99 in Germany and also $99.99 for Russian and a few other EU countries). for a little under a hundred dollars, you will get a black device equipped with a 4-inch multi-touch display and a 1.2GHz dual-core Qualcomm Snapdragon 200 processor (MSM8210, Cortex-A7 for the geeks) with 512MB of system RAM. storage is pretty modest too, at just 4GB with no option of storage expansion (but really don’t quite need that, yet) and it has a lone rear-facing 3MP camera. 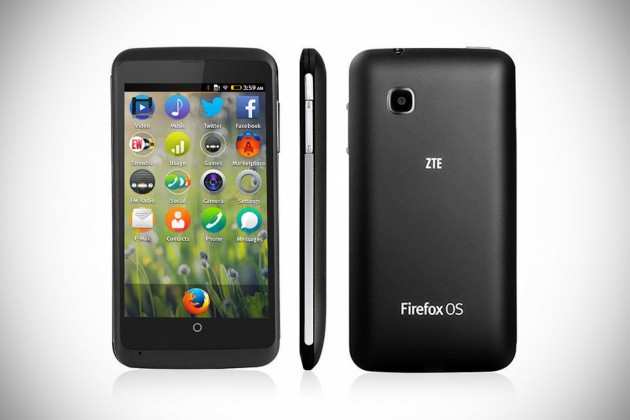 other details include tri-band 3G radios, support for WCDMA, a 1,400 mAh battery, WiFi and Bluetooth connectivity, GPS with A-GPS and accelerometer. obviously, there isn’t much to compare to on the hardware department and therefore, we would say the real meat is really in the OS. speaking of which, the latest version of the Firefox OS features enhanced email functionality with POP3 support, improved MMS capabilities, direct music player access from the lock screen or notifications bar, improved sorting of Gallery media for easier finding of photos, and advanced Bluetooth sharing that allows multiple files to be transferred simultaneously. the UI also gets a boost in speed with enhanced scrolling performance and quicker start up times for system apps. this latest Firefox OS release also touts several new features and more improvements, but naturally, not all those find its way into this particular handset. you can learn more about the technical aspect of the new Firefox OS release in the video after the break, after which, you might want to hit up this page for more in-depth details.