love the 2015 C-Class but wanted something a little more practical in terms of usable real estate within the car? well, the pointed star marque’s newest C-Class Estate will have you covered. so yes. the official words are out and word is, it has an overall length of 4,702 mm, which is 96 mm longer than its predecessor and the wheelbase is stretched too at 2,840 mm. increased in length and wheelbase means a more roomy interior, improved legroom and increased in cargo space, but amazing, instead of gaining some pounds, it actually lost a good 65 kg (143 lbs). now, that’s what we call clever innovation. the rear legroom gained a significant 45 mm and the width is boosted by 40 mm too. another applaudable feat is the bumping of the rear cargo volume by five liters to 490 liters and by a good ten liters (to 1,510 liters) with the seat fold down. electrically-operated foldable backrests of the rear bench comes as a standard, which is a nice (luxury) touch. 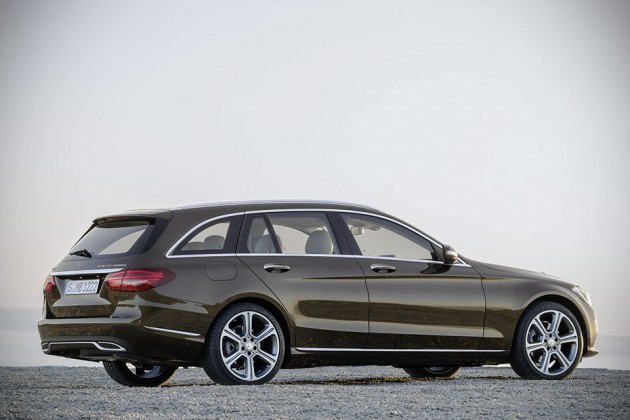 as always, the engine lineup is rather perplexing (well, at least to me) and is pretty much the same as what the sedan has to offer, which means a choice of petrol and diesel engines, plus rear-wheel drive or 4MATIC all-wheel drive model. there are a total of four petrol engines, including three BlueDIRECT four-cylinder units and one BlueDIRECT six-cylinder unit with power outputs ranging from 156 to 333 hp. there is also a four-pod C 350 HYBRID with a total output of 275 horses. diesel selections aka BlueTEC models are expected to see output range of between 115 hp and 204 hp. similarly, there is a plug-in hybrid model for the diesel model too (referred to as the 300 BlueTEC HYBRID) that will have a combined diesel plus electric power output of 231 hp. expect the uber spacious carry-all-you-want Mercedes-Benz C-Class Estate to be officially available this September. however, Mercedes-Benz is still mum about the pricing at this point. 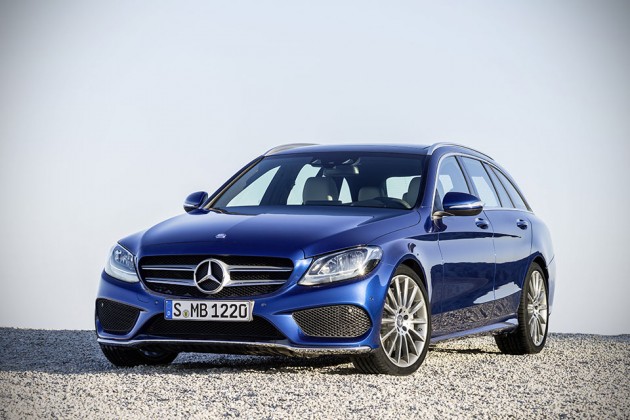 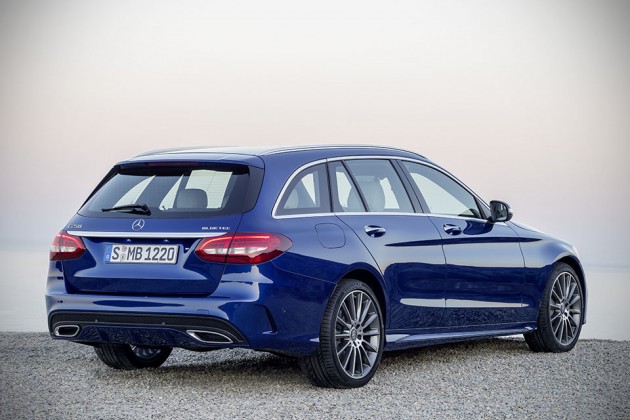 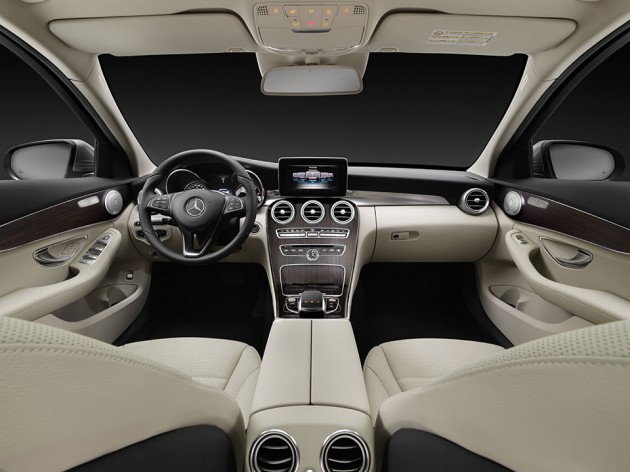