most, in fact all, action cameras right now only gives you one direction of recording, which means what’s happening behind you, such as an avalanche chasing after you, will not be captured and so are the sides where you competitors or pals are skidding along side won’t be in the picture unless they gets ahead of you. with the 360Fly that perspective will change – literally – as it lets you record everything within the 360 degrees horizontal plain and 240 degrees vertically. so what you get is a hemisphere of video footage, letting you relive the action afterwards and experience what you may have missed, such as the avalanche, when you were busy zipping down the alps or slope or whatever.

if this come to fruition, it is indeed worthy to be called revolutionary in action camera. there is a point to note here now though. it is careful not to confuse the 360Fly with other spherical video cameras such as the Panono or the Bublcam. those are spherical cams that capture in every directions, but they are not action cams. the 360Fly is decidedly an action cam at heart. it is compact, about the size of a golf ball and it is designed to be mounted to helmets, tripods, bikes, surf boards and more to capture your actions in a whole new perspective. no word on when it hit the market or how much will it cost when it becomes available. btw, these are same folks who gave you 360 degrees videoing on iPhone. hit the jump for a product video. 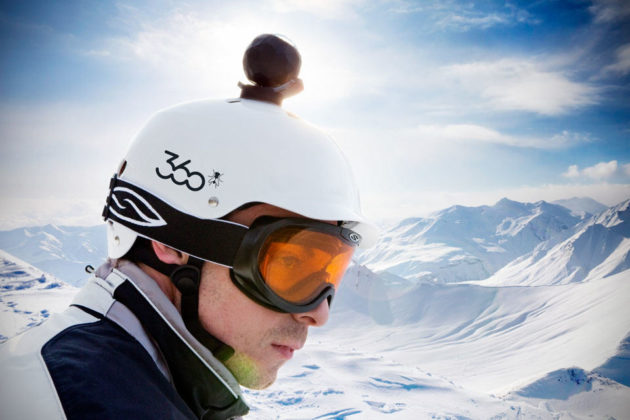