Colored Playstation game consoles are not new. Colored unit other than the standard colors (black and white) offered are usually in conjunction with game bundle (such as the red Marvel’s Spider-Man Edition we saw recently), but this one here is different. It is not a game bundle. It is a unit to mark over 500 million Playstation systems sold over the 24 years and it is a dark blue-tinted translucent unit. Now, if that isn’t the coolest color for PS game console… 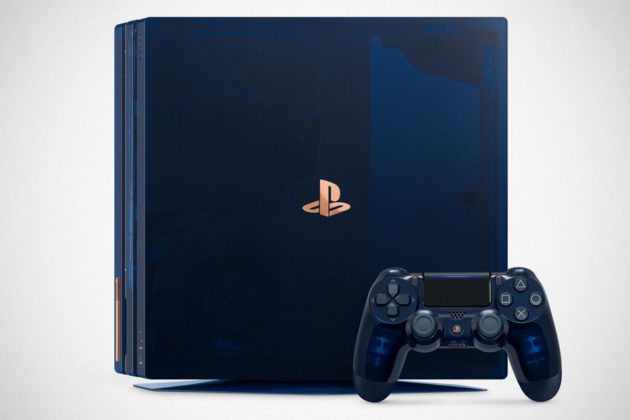 Known as 500 Million Limited Edition PS4 Pro, this special commemorative game console features a translucent dark blue console enclosure, accented with a narrow strip of Cooper plate with its limited edition serial number etched on to it. In addition, it also gets copper colored PS4 logo upfront, as well as a copper color Playstation logo up top. The set is not alone; it will come with matching DualShock 4 wireless controller, Playstation Camera, Vertical Stand, as well as a mono headset. 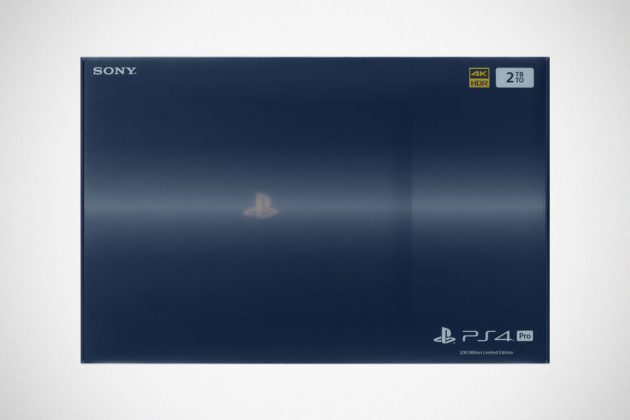 That’s not all. Sony has playfully inserted a few ‘extra special’ hardware units that bear serial numbers that commemorate important events in the history of Playstation, like serial number 09995 for the US launch date of the original Playstation on September 9, 1995, 01115 for the US launch date of PS4 (November 15, 2014) and 01013 – for October 13, 2016, the day when PS VR is introduced to the US market. 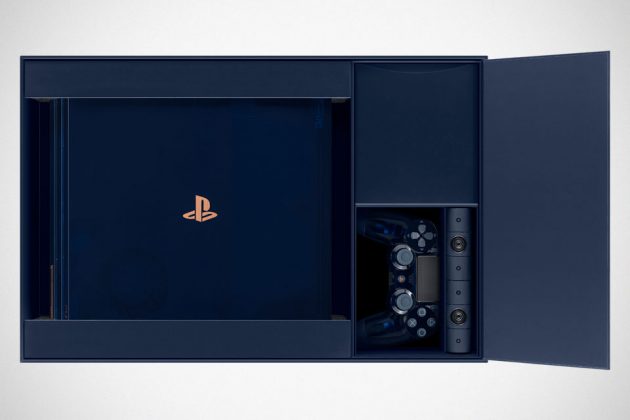 Furthermore, the 500 Million Limited Edition PS4 Pro is also the first time, anywhere in the world, packs a massive 2 TB hard drive. And it also comes a matching dark blue dust bag and a super dope translucent packaging that lets you peek inside the, well, translucent PS4 Pro. 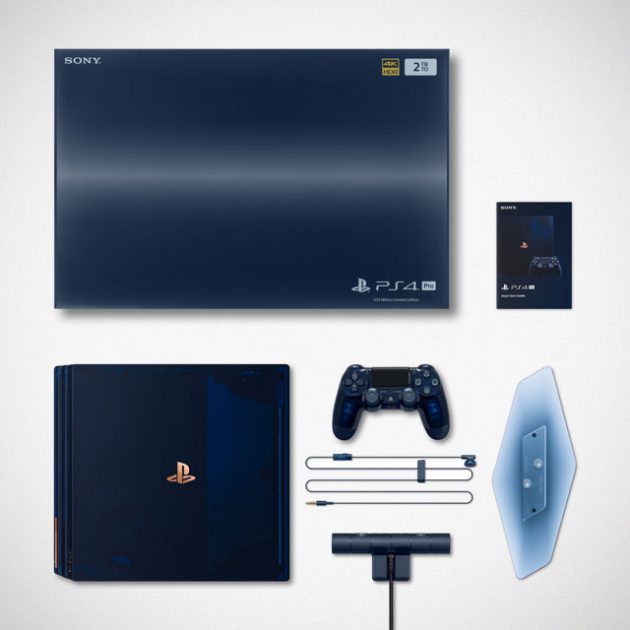