we are a bit of old school here. we love what Lucas did for first three Star Wars movies which also means we share the same love for the characters, machines and equipment in those three flicks, even more so when they are in LEGO form. why? because everything looks better with studs (well, maybe not all). personally, i have quite a collection of LEGO Star Wars UCS, which in my humble opinion, are must-haves and the only ones to catch if you can’t collect them all. that said, if you are up for another LEGO Star Wars worthy collectible, LEGO has recently announced the next in line of Star Wars UCS and it is the 75060 LEGO Star Wars Slave I. the Slave I is bound to come to UCS sooner or later cos’ it is after all one of the most iconic ship from The Empire Strikes Back. 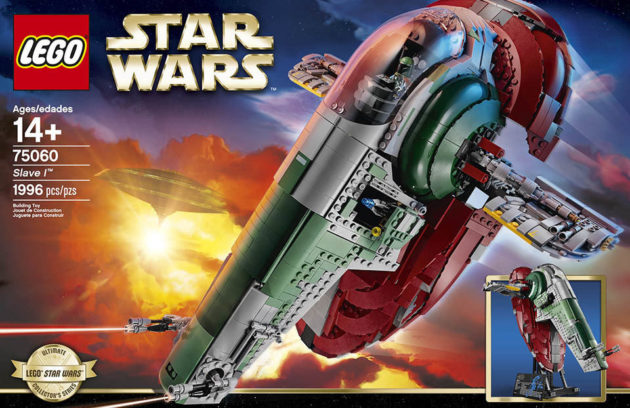 containing 1,996 pieces, the 75060 is a highly detailed set as befits its UCS status and judging from the video, it looks to be a pretty sturdy set too. and as with most UCS set involving ships, it will be accompanied with a display stand and a vehicle information plague. details of the 75060 Slave I includes rotating cockpit and wings, dual shooters, a super detailed based complete with repulsor, engine and stuff, opening side hatches with hidden guns and missiles and cargo hold. included in this $199.99 package are five minifigs, including Boba Fett equipped with special blaster pistol, Bespin Guard with blaster pistol, blaster rifle-armed Stormtrooper, Han Solo before being carbonited and of course, Han Solo in carbonite, so you can play out the scene of loading up poor Solo onto Boba‘s ship. actually, not true. to play out the scene you will need more Stormtroopers, Leia, Chewbecca, Lando and more, but you get the idea.

another unique thing about this latest LEGO collectible is, it is in minifig scale, which is a rare thing in LEGO Star Wars UCS, and therefore Boba Fett can actually takes the helm on the rotating cockpit. pretty cool, if you ask us. the 75060 LEGO Star Wars Slave I is expected to hit the stores, both on and offline in early January 2015. keep going for a designer introduction of the 75060. 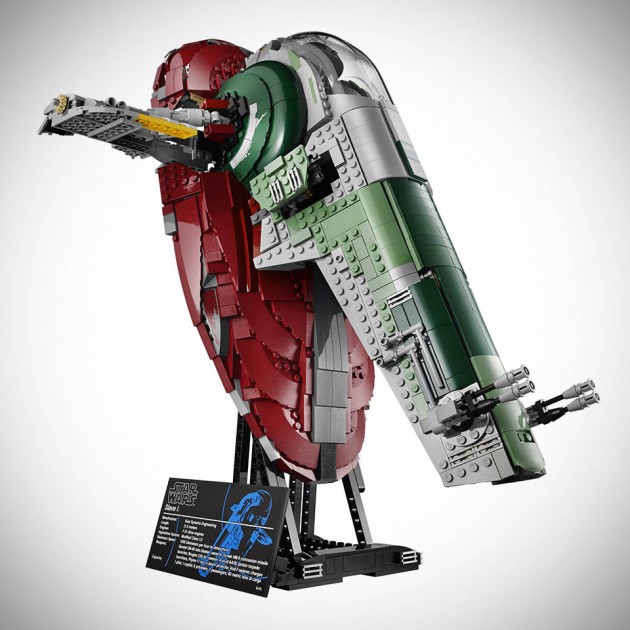 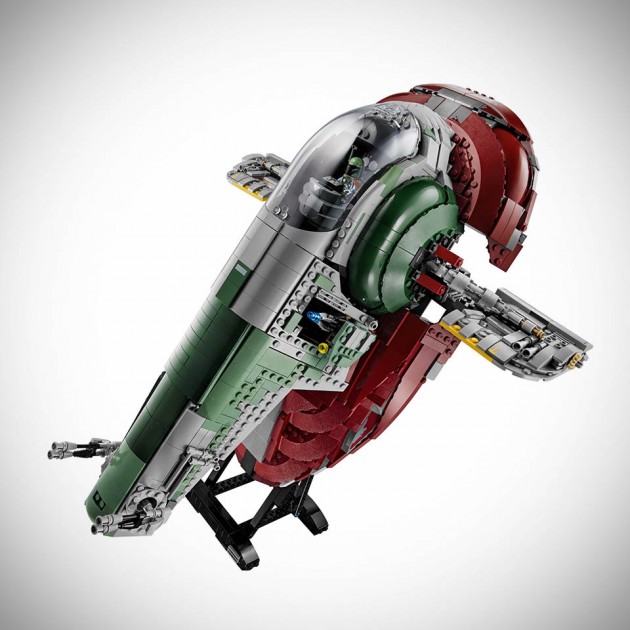 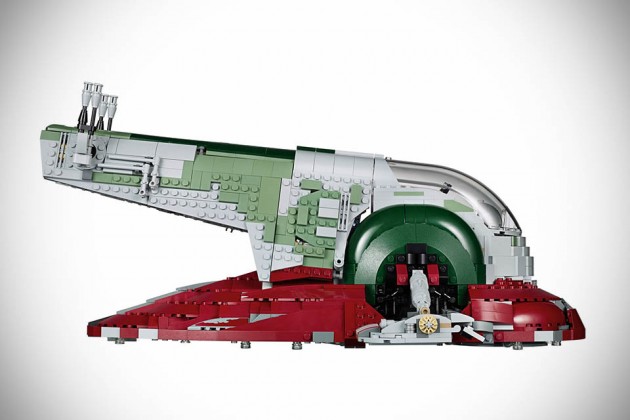 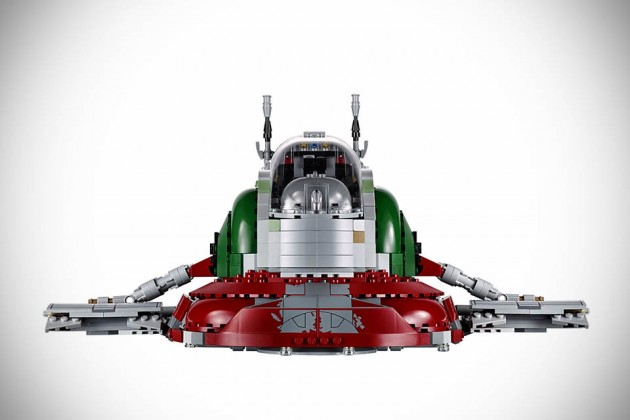 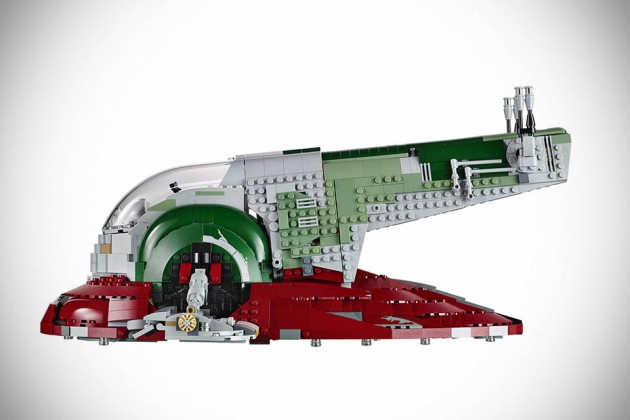