the portable Bluetooth speaker market is one heck of a crowded place to be and to be honest, not all of them are really that portable as some demands quite a bit of space in your space-starved backpack. we are not saying that ain’t no real portable wireless speakers that fits in your pockets. for sure, there are, but are they as fun as the aiia SSSSSpeaker Collapsible Bluetooth Speaker? probably not. we can’t attest to the sound quality, however, if serious portability and fun are your prerogatives, the SSSSSpeaker from Ukraine-based aiia will more than fits the bill. 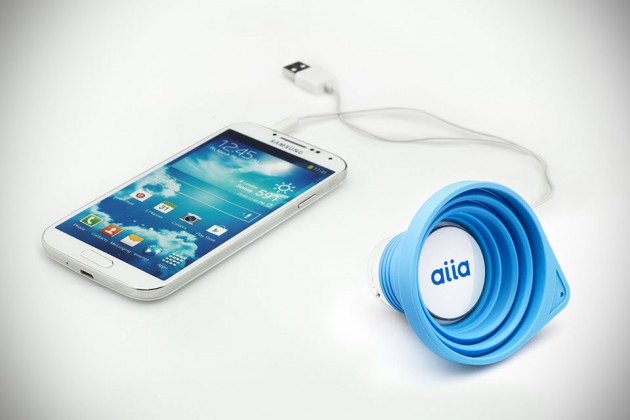 at a glance, the device looks like a tourist emergency cup, but instead of holding liquid, it pumps out your favorite tunes from a single, 3W driver and boasting three modes of listening while doing so. its silicon cone is collapsible; when in collapsed form, it not only becomes super compact, but it will also result in a wide, diffused sound. pull the cone up, you get yourself a more focused soundstage and flipping it upside down mutes the sound. see what we mean by fun? don’t expect serious sound, after all, it has 3W and a lone driver to its name, but by designing it as a collapsible silicone cone, aiia has inadvertently add a bit of fun to the usage. 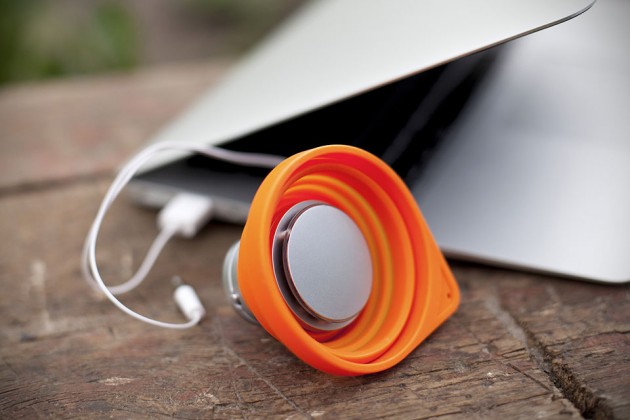 it connects to your music source of choice via Bluetooth for an untethered music enjoyment and offers up to five hours of playback time per charge, which you can recharged via a powered USB port. the aiia SSSSSpeaker Collapsible Bluetooth Speaker is currently running a campaign on Kickstarter seeking $30K to bring this fun speaker to the market. if you like the idea, you can show you support by pre-ordering one for $21. as always, the fate of the product depends very much on your support. skip past the jump for a fun pitch video. 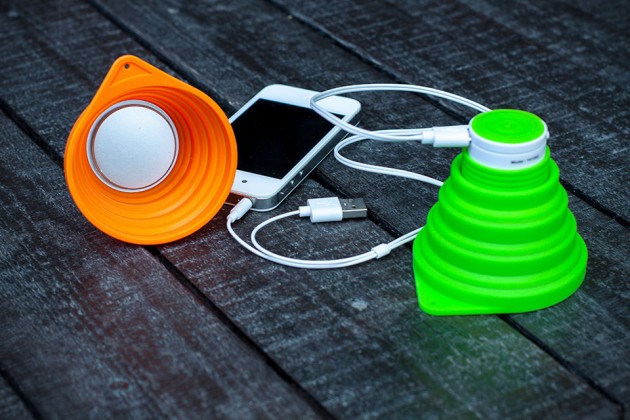 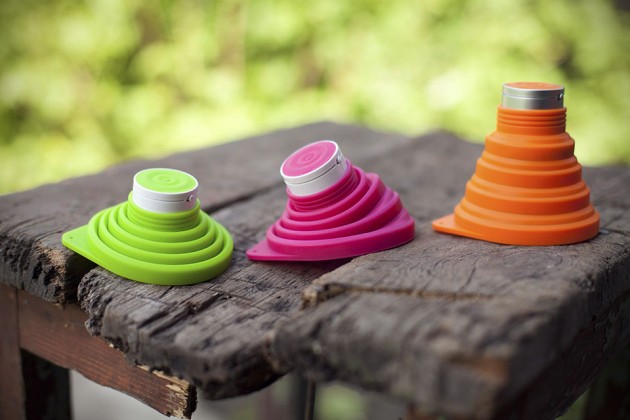