This is not the puny version from Air Hogs we seen three years ago. It is certainly not as detailed the official battle drones doled out by Propel, but this gigantic Star Wars Millennium Falcon XL Drone from Air Hogs wins with size. I mean, just look at this thing. It is huge! Measuring a colossal 27 by 20 inches (around 69 by 51 centimeters!), this infamous galactic freighter dwarfed most RC toys out there, let alone the previous “puny” examples we have seen and it is still perfectly suited for children. Well, at least, it is for kids of ages 14 and up… according to the toy maker. 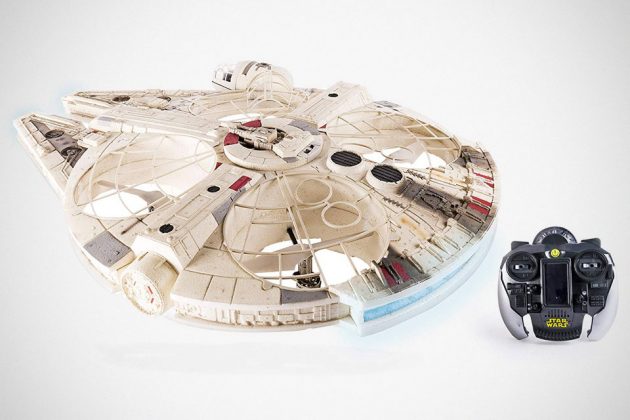 Key features include the obvious colossal size that will make your friends’ jaw drops, authentic detailing with cockpit and all, height lock system that keeps the craft a fixed height for hovering or cruising, 6-axis gyro, wireless remote with 2.4 GHz communication with range up to 250 feet (76 meters), authentic lights and sounds, and oh, oh… it has got hyperspace drive too! Ermmm, kind of. Its more like LED subspace hyper drive, i.e. lights and sounds to pretend that it is making the jump. Obviously, hyperspace jump is not going to happen. If it could, you would have lost control of the drone and also not knowing where it ends up in. So, light and sound will do just fine mimicking the experience. 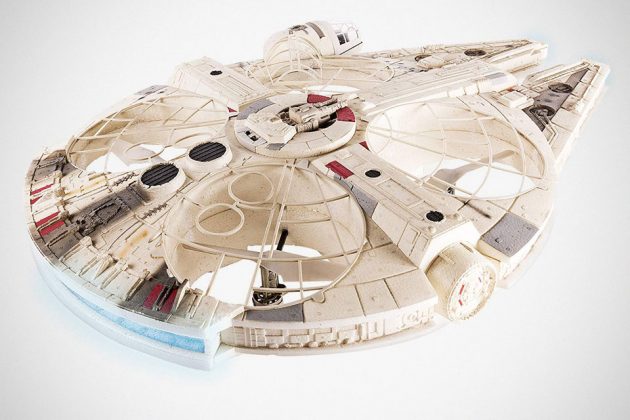 Also, it won’t be able to do the Kessel run in 12 parsec. Just thought you should know…. But it does come with detailed Han Solo and Chewbacca figures inside the cockpit, you know? Yup. It does. Now, that’s super cool, or as Chewie would have said it’s huurh uughguughhhghghghhhgh. You can find Air Hogs Star Wars Millennium Falcon XL Drone on Amazon for around 100 bucks.

Have a look at the official promo video after a few more product looks. 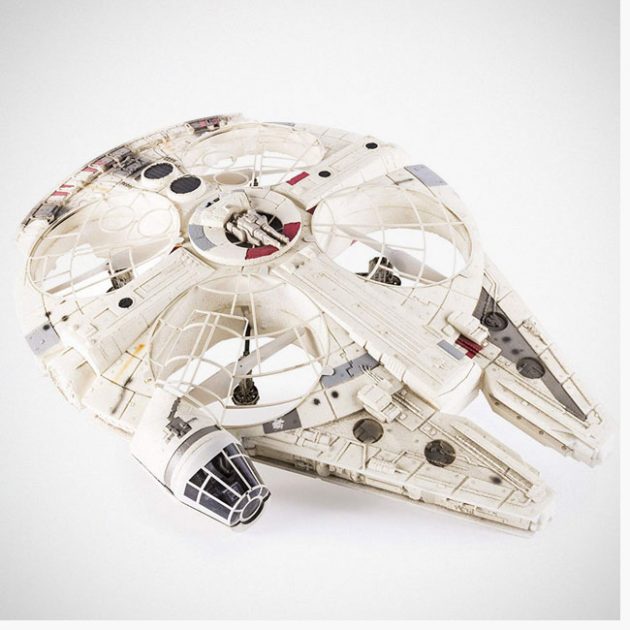 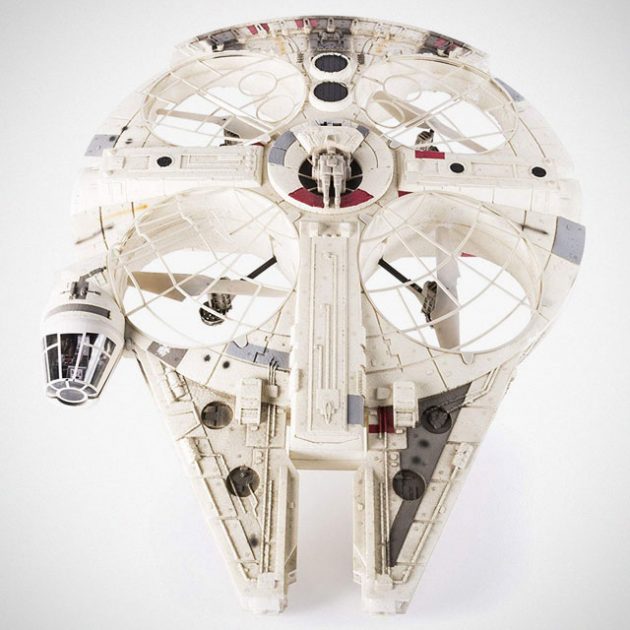 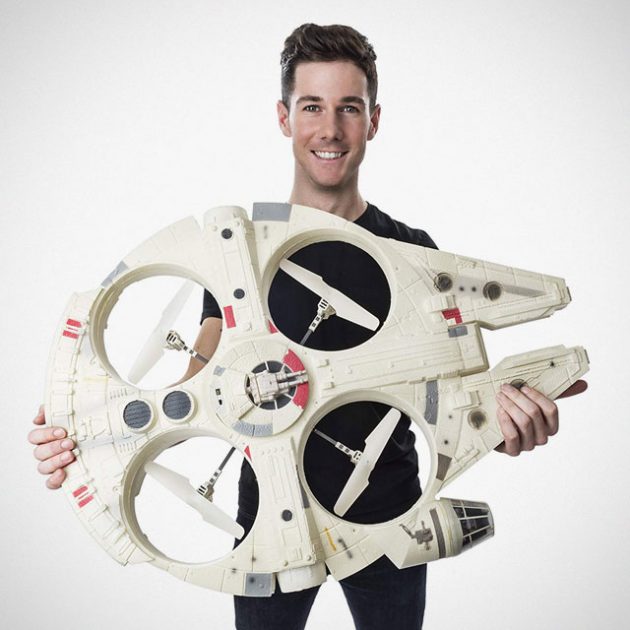