sous vide (French for “under vacuum”) may appear as an easy way of cooking healthy and tasty food, but in actual fact, this age-old technique not only requires precise temperature control, but also consistent temperature throughout at a given time. you may think, ‘i can do that’ and we are not going to dispute that, but the question remains: will the sous vide dishes taste as good as they should, like what you will savor in a high-end restaurant? well, this is where Anova Precision Cooker comes in. it is here with the aim to help you to produce that restaurant quality sous vide dishes, by eliminating the guesswork and doing so without breaking the bank. achieving the desired quality is as simple as attaching the Anova Precision Cooker to a pot and setting the time and temp. of course, in between you have to prepare your food and ingredients, lock them in a sealable bag and clip it to the pot. when ready, just hit the start button and you are pretty much all set. 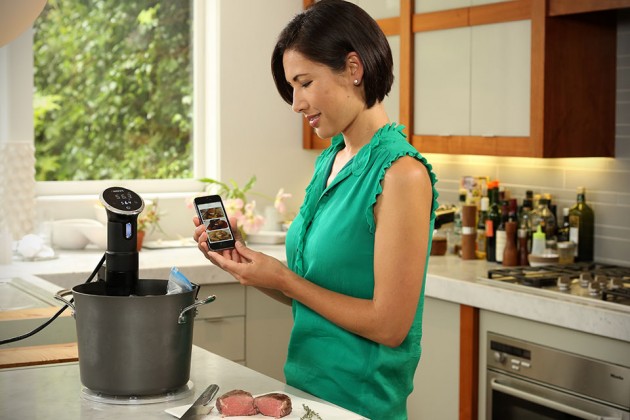 sounds like too much work? now, that’s the beauty of Anova Precision Cooker. you can avoid tinkering with the Precision Cooker setting altogether by using a companion app installed on your smartphone (available for iOS and Android), choose what you want to cook from a list of recipe and at touch of a button, the Precision Cooker takes it from there, automatically setting the optimal temperature and cooking time. really. is that simple. with this promise of ease of use, it is no wonder that the Anova Precision Cooker has went above and beyond its set funding goal on Kickstarter. as it stand, it is over 900 percent funded and drawing close to a million dollar in backing – and it still has 36 more days to go. you can pre-order the Anova Precision Cooker now for just $159 a pop. a word of advice though; don’t procrastinate for too long cos’ the said reward is available in limited quantities. hit the jump for a product video to learn more about this awesome sous-vide culinary gadget. 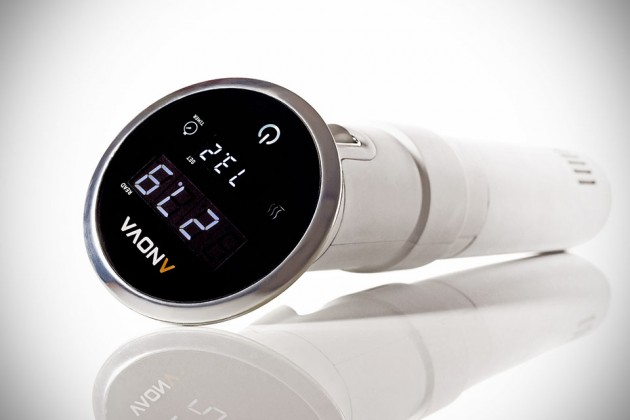 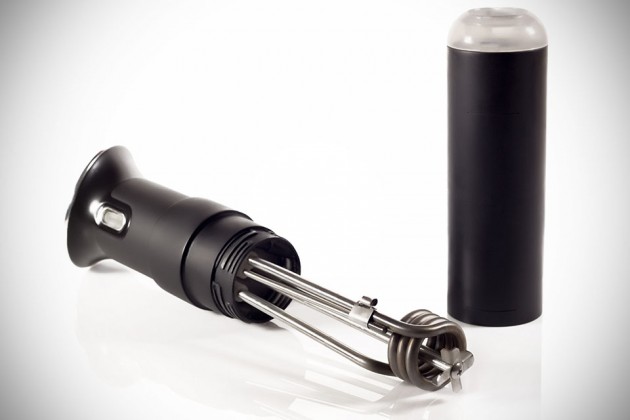 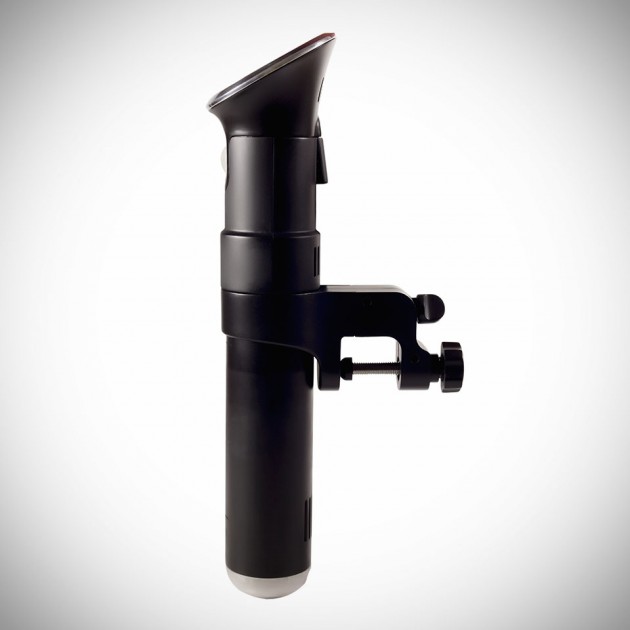