Not everyone can live with folding cash, which happens to be a must-do thing if you use a minimalistic wallet, but not with the Minimalistic Handcrafted Slim Wallet by Boston-based Apparel by PW. This wallet is not about to join the who’s who is smallest race. Rather, it rethinks what a regular folk needs in a wallet and streamlined it, and the result is a slim profile, minimalistic wallet that has ample slots (four, to be specific) that could hold up to six cards and has a billfold slot to boot, so that your cash will never need folding, ever. So yup. It has a Billfold slot – much like those you would find in any traditional (and somewhat passé) wallets. 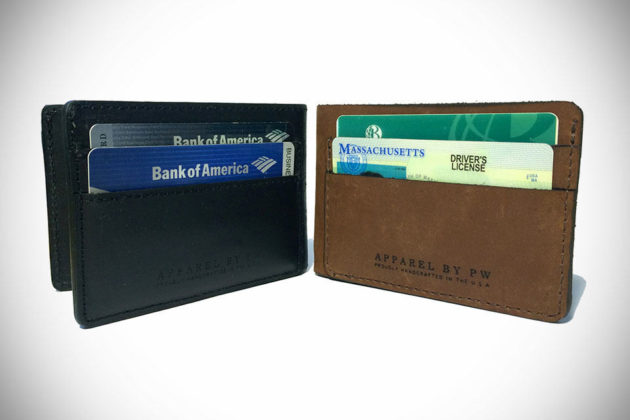 The Minimalistic Handcrafted Slim Wallet is a hybrid wallet, bringing together the best of minimalistic wallets and regular wallets, by having the card slots on the outside (on either side of the wallet) so you will have quick access to them (makes sense as cards are kind of the king these days) and a cash slot that runs the full length of the wallet. Just think of it as a wallet turned inside out and without the unnecessary materials. It is handcrafted from oil tan leather, which means it is also waterproof, and it will be made locally in the U.S. by Apparel by PW’s partner.

Though Apparel by PW is pretty established by now, but it has chose to take the Minimalistic Handcrafted Slim Wallet to Kickstarter, seeking a modest $4,500 to fund the production. A pledge of $45 will secure yourself one Minimalistic Handcrafted Slim Wallet in a choice of Chestnut Brown or Midnight Black. And if all goes as planned, you can expect to see the wallet as soon as April, or even earlier if the campaign is able to hit the funding goal sooner. 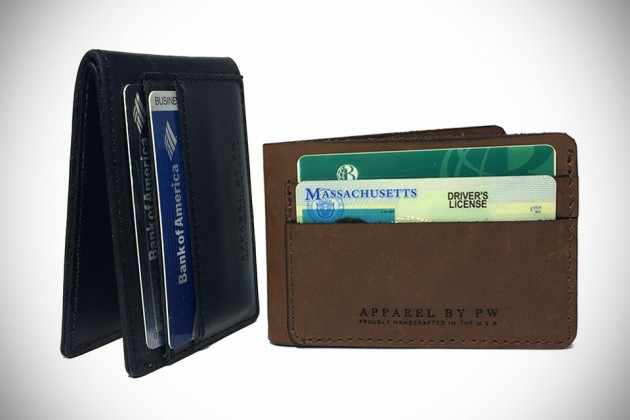 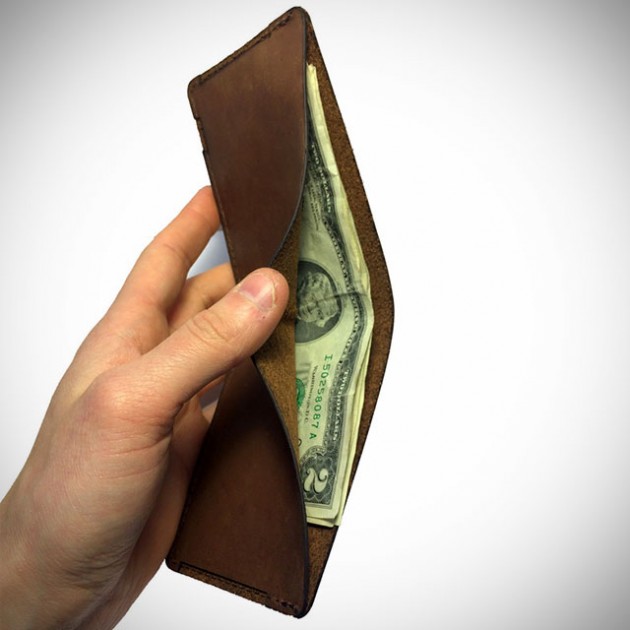