geeks come in different shapes and sizes, and so are their social and wealth statuses. for those geeks and in this case, Star Wars geeks in particular, who are in the Scrooge McDuckian circle, here are a pair of Star Wars-themed cufflinks from Neiman Marcus to fulfill your needs to (a) reaffirm your status as a hardcore Star Wars fan; (b) show off your wealth; and (c) reclaim your Star Wars fashion sense even when you are in your formal attire. the Star Wars Gold Darth Vader and Yoda Cufflinks, as it is called, are limited edition offerings exclusive from Neiman Marcus and are available in Darth Vader and Yoda guises, both whom are arguably the most iconic characters from the epic sci-fi flicks. they are the obvious choices, cos’ it won’t be as ‘valuable’ or ‘iconic’ if Luke Skywalk aka Mark Hamill or Han Solo aka Harrison Ford were to be used, don’t you think?

each pair of cufflinks is of 14-karat gold for the ultimate in opulence for your collection or formal attire. the Darth Vader version has the dark sith’s head taking the center stage with the Galactic Empire insignia on the half of the links, while the Yoda version has the little green Jedi master’s head and the Rebel Alliance logo for the other half of the links, though technically, i won’t considered Yoda as officially part of the Rebel Alliance. so, pots of gold you have? then buy, you can. and for that, we are talking about 4 grand for the Yoda 14k Gold Cufflinks and $4,200 for the Darth Vader 14k Gold Cufflinks. ouch. take a couple of closer look in the individual product images below. 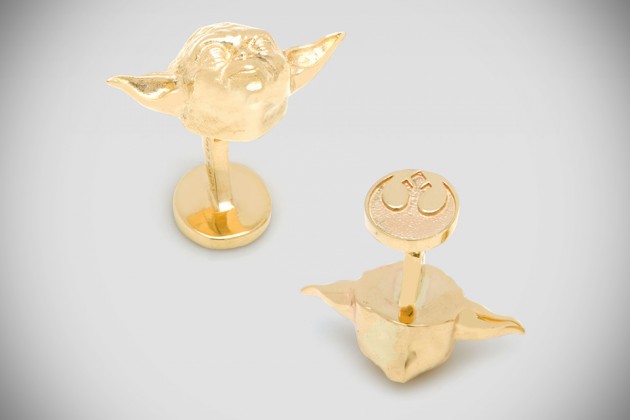 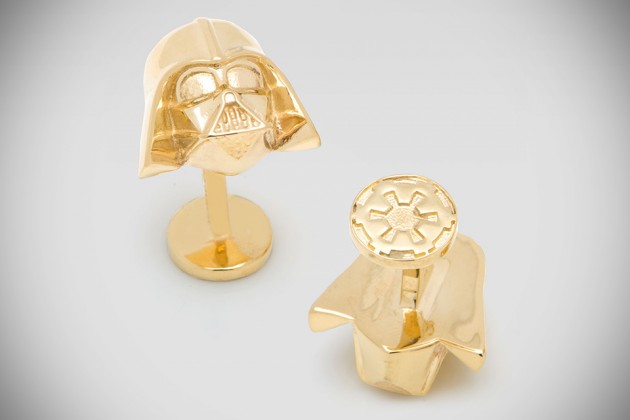