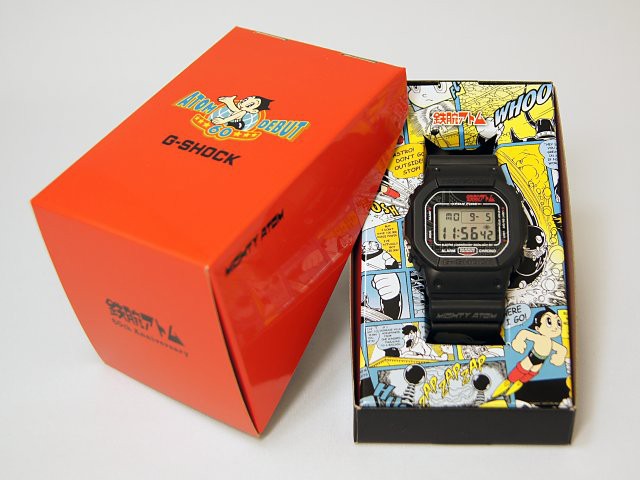 another special edition DW-5600 G-Shock watch is coming your way. this time round, Astro Boy aka Tetsuwan Atom takes the center stage, to mark its 60th Anniversary this year. yes, the adolescent robot with emotions is of a grand old age of 60 years. unbelievable. anyway, at the first glance, this limited edition DW-5600 may looks like just another regular G-Shock (blame it on the black) but on the contrary, it has a few tricks up its wrist. the watch features Astro Boy’s silhouette in red on its EL backlight, a 60th anniversary logo engraved on its case back, and comes in a special packaging that features Astro Boy comic artworks. limited to just 1,000 pieces, this commemorative watch will be available in late November from Charamono web store for ¥5,750 a pop (about US$76). a few more look after the break.
[ad#Google Adsense-text-468×60]