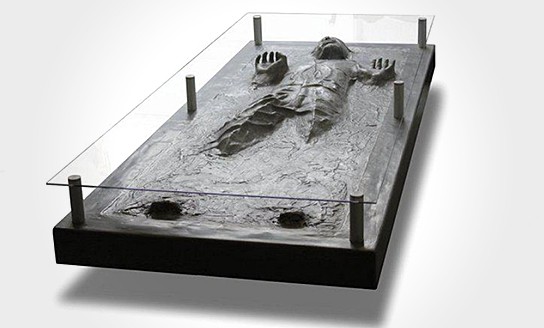 if you are a true-blue Star Wars fan, then you probably would want everything around you to be Star Wars related. how about adding a coffee table or two to the list? let’s face it. LucasArt will never dish out such a product, let alone furniture for our Star Wars fix but thankfully, we have R9 – a UK-based designed studio that specializes in “science fiction based sculpture and functional art” – to quench our thirst for Star Wars inspired furniture. on list of the aforementioned work includes Carbon Freeze coffee table and the 70’s Falcon coffee table. the former took its inspiration from the scene where Han Solo was frozen in carbonite, while the later drew its inspiration from Han Solo’s Millennium Falcon space ride.
[ad#Google Adsense-text-468×60]

Carbon Freeze is a 2-meter (6.6-feet) glass top coffee table with the famous Solo frozen in carbonite on the lower shelf, created from cold cast aluminum. quite a sight, if you ask me but it looks pretty weird to have this Han Solo-like figure lying almost on the floor. creepy, if you know what i mean. i think Solo in carbonite still looks best on the wall but well, at least its realistic look should put a smile on any fans. as for the 70’s Falcon coffee table, a minimally detailed Millennium Falcon sits between its 1.19-meter (3.9-feet) long glass top and a veneer-like curve shelf. the Falcon is constructed from cold cast bronze with retro veneer and despite its lack of detailing, we all know it is Solo’s Falcon sitting there.

the 70’s carries a price tag of £950 (about US$1,540) but sadly, it has the most feared word among shoppers – ‘SOLD’ next to it. on the other hand, it looks like Carbon Freeze is still up for taking for a cool £1,250 (about US$2,026) but it has a limited production run of just 20 pieces. not sure how the folks over at R9 felt about shipping internationally, so if you are really hard up for it, i suggest you quicken your pace and contact them soon. 20 pieces is not a huge number, and we all know there are thousands of Star Wars out there who has huge pockets. 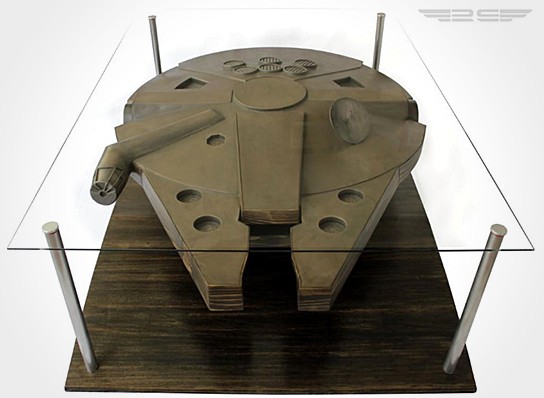 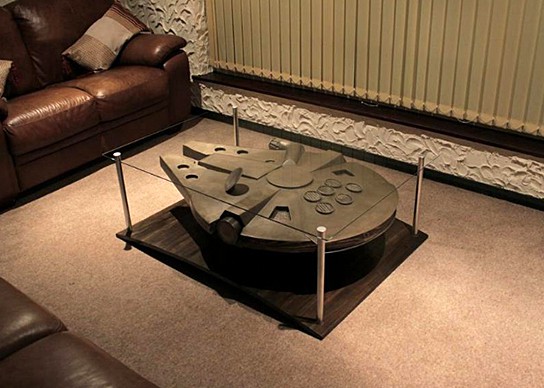 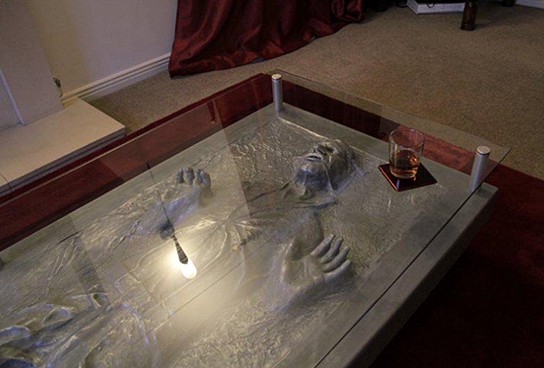