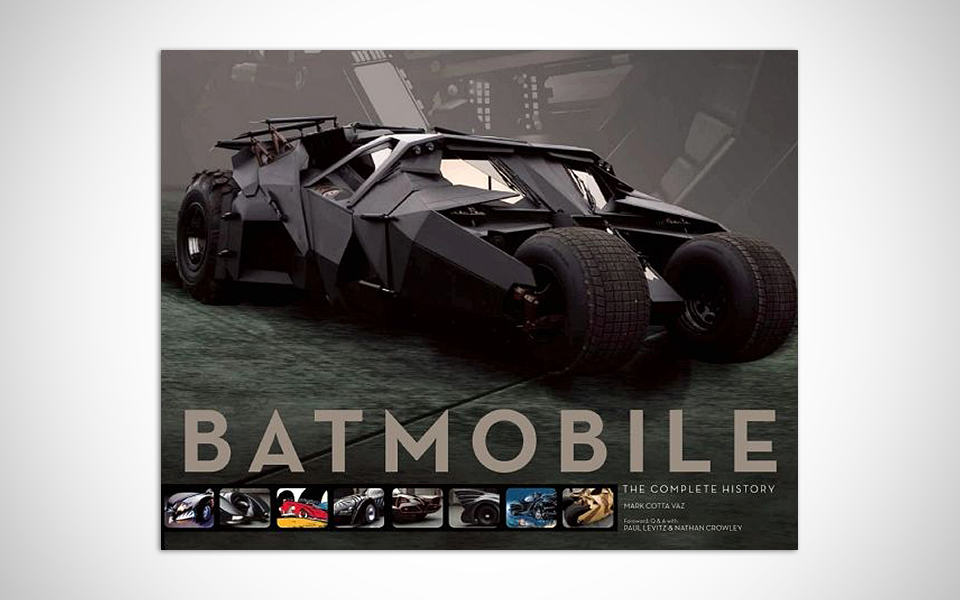 Batmobile: The Complete History | US$24.50 | www.insighteditions.com

besides the Dark Knight himself, the one other thing that captures our imagination would be his ride. the ride isn’t the batpod or the Lamborghini that billionaire Bruce Wayne drives around Gotham City, it is the Batmobile. made even more famous in recent years by Christopher Nolan’s rendition of the cape crusader. though Nolan’s movie did not explicitly called it Batmobile but we all know what it is. anyway, here’s a book that any Batman or Batmobile fans shouldn’t miss: Batmobile: The Complete History (ISBN 1-6088-7103-7, Insight Editions). it contains the complete history of the Batman’s primary vehicle, starting from its humble beginning with the 1936 Cord-based red batmobile, to the more recent “Tumbler” and every other incarnations in between. expect to be greeted by awesome gatefolds and detailed specifications, blueprints, and historical comparisons with special attention paid to the most iconic Batmobile to date, the “Tumbler” featured in Nolan’s Batman Trilogy. available for your taking for a small sum of $24.50.