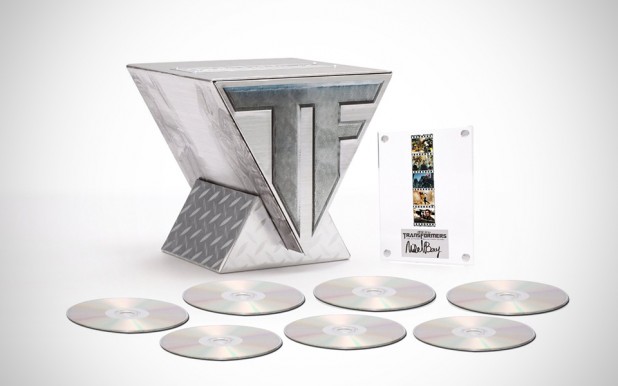 we are fully aware that The Avengers fever has cooled, not too mention the Transformers – all thanks The Dark Knight Rises. however, that doesn’t mean special edition Blu-ray of those films are any less popular. the Transformers Limited Edition Collector’s Trilogy is one such example. officially made available on the January 31st (sorry, we are late again. doh!) and apparently, it is selling like hot cakes since. for $99.94 a set, you will score yourself a total of seven Blu-ray disc including 2-disc special edition of all the three films, plus Transformers: Dark of the Moon in Blu-ray 3D, over 10 hours of bonus material, and a plaque of movie images signed by director Michael Bay – all these contained in an extremely cool collector’s packaging that opens like, well, a Transformer. only 5,000 sets will be made available and with so many Transformers around, who knows when it will run out. so if you want one, you better act fast – real fast.