Believe it or not, some people do not like camping because of the dark. When you are in the wild, you have limited light source, which is hardly something you can call cosy (cosy for the mozzies, perhaps). If that is the sole reason that’s stopping you from enjoying the great outdoor, then perhaps the BioLite NanoGrid could be your saving grace. It is exactly what it say it is: a grid, and a nano scale at that. The NanoGrid is lighting system designed with campsites in mind and it comprises of two parts: the PowerLight, which is a lantern/flashlight/battery pack combo and a pair of circular SiteLights. The combination of the two allows you to form a chain of light around your campsite so you won’t have to feel so isolated when the sky turns dark. 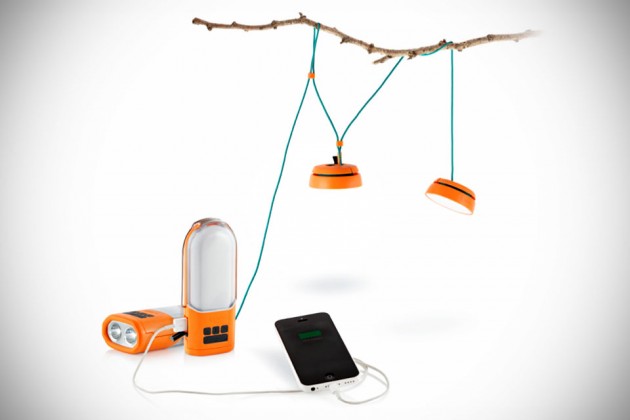 The setup can be daisy chained to create a string of lights to accommodate larger campsite and on top of that, the battery pack can also be use to charge up your juice-hungry gadgets too. So as you can see. The NanoGrid is like a mini power grid designed for times when you’re off the grid. The PowerLight puts out a 250 lumens focused beam for flashlight duty, or 200 lumens if you choose to use it as a lantern. The SiteLight on the other hand offers 150 lumens of brightness. The NanoGrid is power off its own battery pack which can be recharged easily via, you guess it, BioLite’s BaseCamp, CampStove, or KettleCharge, or just about any USB power source you may have brought along.

The BioLite NanoGrid is set to be available in February to campers and communities in developing countries. No word the availability to the rest of us though. 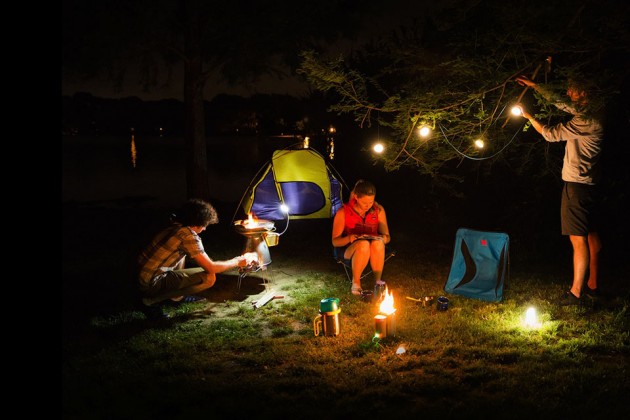