thinking of hitting the wilderness in drove? well, then you might be interested in the new BaseCamp Stove from Brooklyn-based BioLite (the same folks who brought you CampStove, KettlePot and HomeStove), which allows chef de wild to cook up to eight burgers simultaneously. so if you have many mouth to feed while camping, the BaseCamp Stove is the way to go. the concept of BaseCamp Stove is similar to that of the HomeStove, but this one is a portable version and has a grill that distributes the heat evenly across the grill for whipping up several patties at the same time – in addition to a single point heat source for boiling water and stuff. as before, it has a thermoelectric system built into the power pack that converts heat to usable electricity which is use to power an internal fan to promote combustion, while excess electricity is store in a battery pack, ready to be output via a standard 5V USB port without the need for burning again if you need to extract some juice out of it. according to BioLite, BaseCamp Stove is capable of generating 5W of electricity, which means it is more than ample for charging large electronic devices such as a laptop. 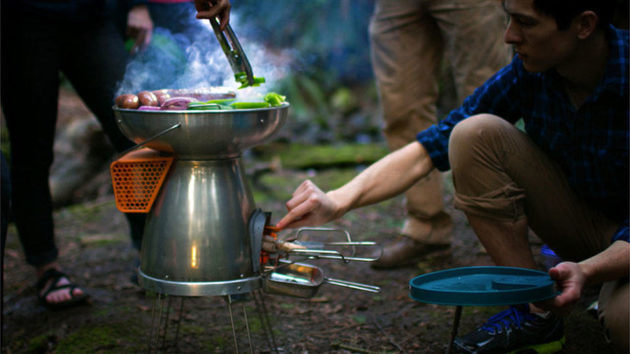 additionally, it also packs a few nifty features that will make your camping life a little more ‘luxurious’. these features include a flexible USB-powered task light for lighting up when cooking in the dark, a bucket handle for easy portability, a grill-to-boil lever for quick switch of the flame for boiling and vice versa, a smart LED dashboard for monitoring how hot the fire is and also how much power is being generated, a burn chamber much like a fireplace for feeding the fuel, complete with fuel rack and ash tray, and last but not the least, it has a set of folding legs for flexible cooking height. for a limited time, you can get the BioLite BaseCamp Stove off Kickstarter for just $299. limited quantities are also available at $299 which includes a custom (and very cool) carrying case. depending on which reward level you opt for, shipping may happen as early as September 2014. and oh, the campaign has 32 more days to go, but it has already well pass its set funding goal and so yeah, you will get yours if you back the campaign. click past the fold for a pitch video. 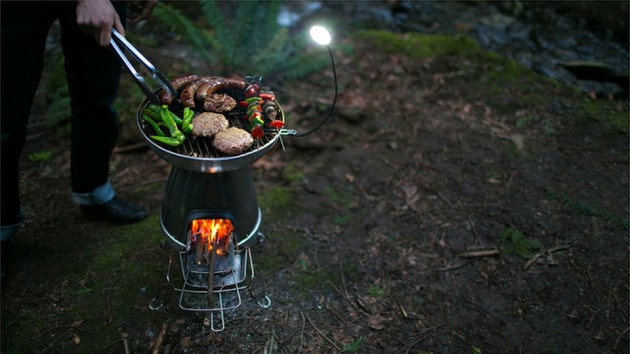 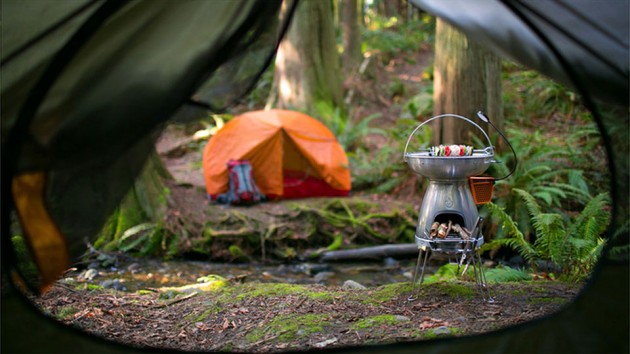