The idea of Magnetic Levitation, or Maglev, train system is to eliminate friction so that it can go faster in a more efficient manner, but that does not appear to be the case in China’s newest homegrown Maglev system that kicks into trial operation last week. Train enthusiasts can probably tell from the head carriage which is not shaped to make land speed record, much less going faster than the traffic. It tops out at 100 km/h or about 62 miles an hour, to be exact. I guess the point isn’t about fast since this is only a 10 kilometer (6.2 miles) line which is designed to serve Mentougou and Shijingshan districts in the western Beijing suburbs where metro system is currently lacking. 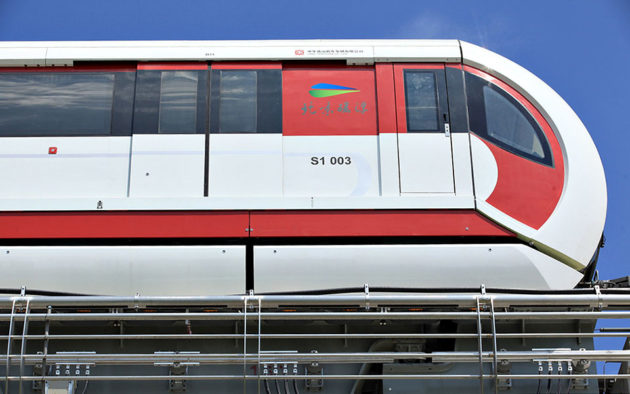 The authority hopes that this new line, which happens to connect with the existing Beijing Metro Line 1, will make it easier for downtown Beijingers to get to tourist spots in the western part of the city. In between the 10 kilometers line, this first Maglev system for Beijing have a total of eight stops which takes just 20 minutes to complete. So, there’s really no need for speed at all. If all goes as planned, Beijing’s Maglev rail system will officially begin to serve the public later this year and when it does so, it will be the second Maglev rail system and the third Maglev line in China after Pudong International Airport to downtown Shanghai line and Changsha’s south railway station to airport line. 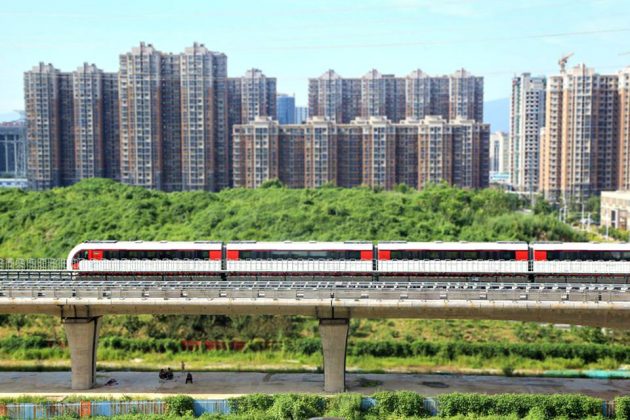 The Changsha’s south railway station to airport line is also not built for speed and travels at the same briskly speed as the new line in Beijing, topping out at 100 km/h. The Pudong International Airport to downtown Shanghai line, though, is a speed demon that makes a healthy 431 km/h (268 miles an hour) – making it the world’s fastest commercial train. In put thing in perspective, China’s fastest Maglev train is 100 km/h faster than Japanese quickest Shinkansen and over 30 km/h (19 mph) quicker than Europe’s fastest, Frecciarossa 1000 which has a top speed of 400 km/h (249 mph).

However, China’s not going to stop there. It already has plans to develop a Maglev system that will make a mind-bending 600 km/h (about 373 mph) that will take you from Shanghai to Beijing in mere two hours. And that’s too far off into the future. The developers are hopeful to get one going by year 2021. Damn. China is indeed developing at breakneck speed like its trains. 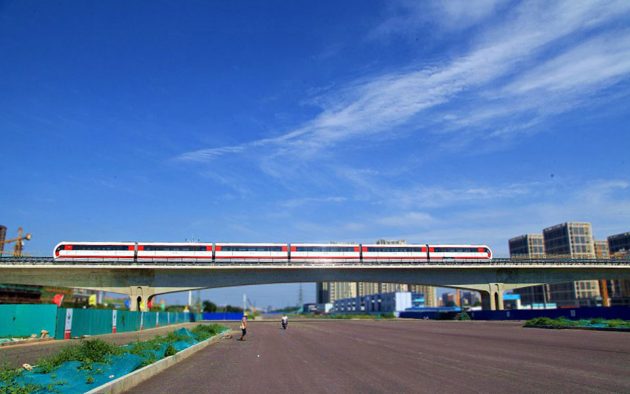 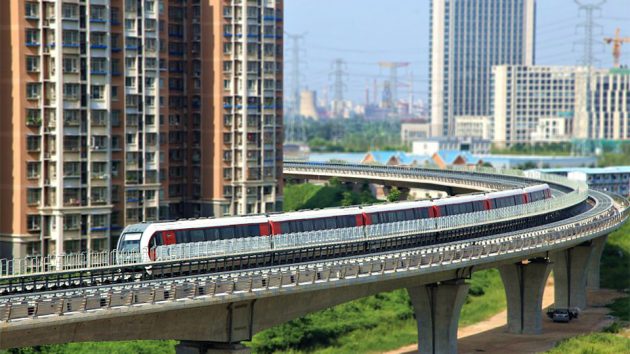