at 120mm x 72mm x 13mm and 115g, the LEGO Power Brick Portable Battery from Taiwanese design studio CO!+ is not exactly the most portable-friendly. seriously, there are an ocean of options out there that are way more portable, but size ain’t an issue here. not a bit. because we want to play with out portable battery, like building an iPad or iPhone stand with the included slope bricks, or use whatever stash of leftover bricks we have amassed over the years to build a barn on top of the 13mm thick stud-filled plate. there’s no telling what we will do, but whatever it is, it is going to make the 4,200 mAh lithium polymer battery seems like a secondary feature. play first, charge later, or perhaps make stand out of it. it doesn’t matter, it will be fun and we are digging all the way.

the COI+ LEGO Power Brick Portable Battery has been around quite a while in Taiwan, but thanks Brando, everyone else around the world can have their electron and LEGO fix soon for just $49. pre-order is happening right now with shipping expected to be around mid-March. in fact, there was a limited edition Love Gift out earlier this year, presumably for Valentine’s Day, which won’t see it outside of Taiwan, but still, i guess it is better late than never. on a more serious note… we should be highlighting its other features, which includes a high output 2A USB port, battery status indicator lights, auto on/off, and built-in short circuit, overcharged and temperature protection, topped with safety guarantee by COI+ so you can have a peace of mind that whatever you build on top of that slab will not burn down to the ground, i mean, table. available in a choice of colors, including red, yellow, blue, and white. don’t miss a ‘demo’ video by Brando after the jump. 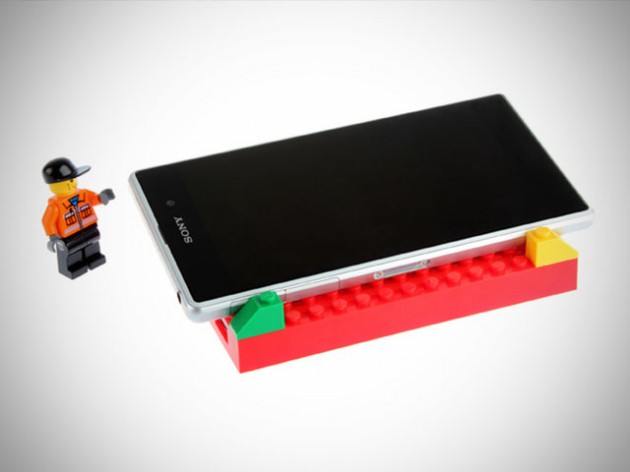