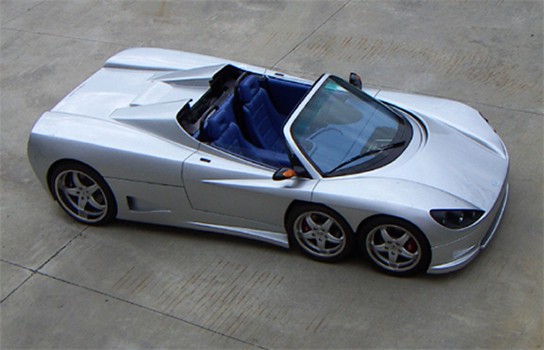 is having more of something a good thing? apparently, an Italian engineering company, Covini Engineering, thinks so by making a six wheeled supercar. Covini believes the C6W extra axle upfront and a pair of wheels will provide more grip, brakes better, have better resistance to aquaplaning and also improved crash protection.
[ad#Google Adsense-text-468×60]

powering the rear wheel drive Covini C6W is the naturally aspirated 4200cc V-8 power plant, capable of 325 kW and a maximum torque of 470 Nm (@ 2700 rpm). power is transmitted to its rear wheel via a mechanical six-speed gear box and comfort department is handled by independent front and rear wishbones. the C6W first appeared six years ago and is finally going into production.

well, i am not sure if its a good idea to have more wheels. technically speaking it may just encourage understeering, even though it is a rear wheel drive vehicle. on top of that, it need some getting use saying this to your mechanic “err, for my ride’s tire change… i will need six of them” duh! 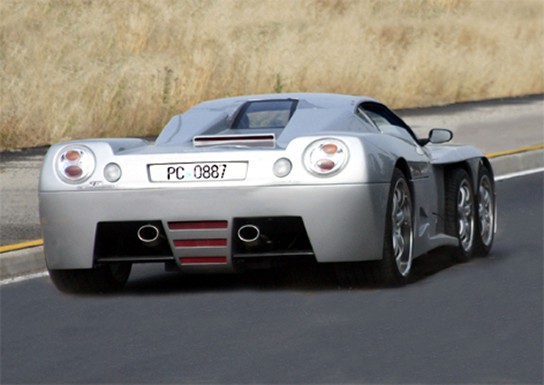 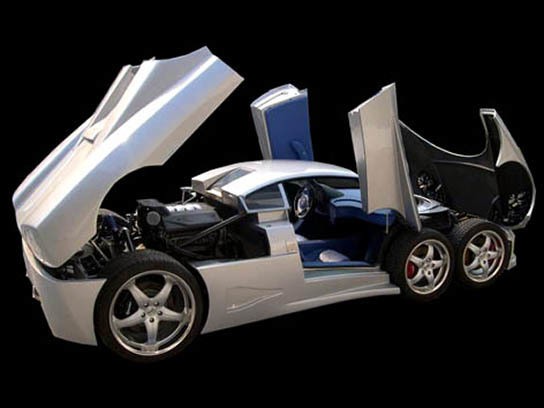