I do not keep abreast with so-called Apple rumors. However, today I picked up something that pique my interest and so I thought we’d share it with you here. We read that there is a chance that future iPhone models will have “hover” gestures and curved displays. Curved like, you know, the iconic Nokia 8110, AKA the banana phone, which recently got rebooted? The curved was described as “inward” and progresses “gradually from top to bottom,” which does really makes it sounds like 8110 kind of design. I know. It is hard to imagine how, but not to worry, because designer Martin Hajek has taken the rumors and imagine what the phone would look like. 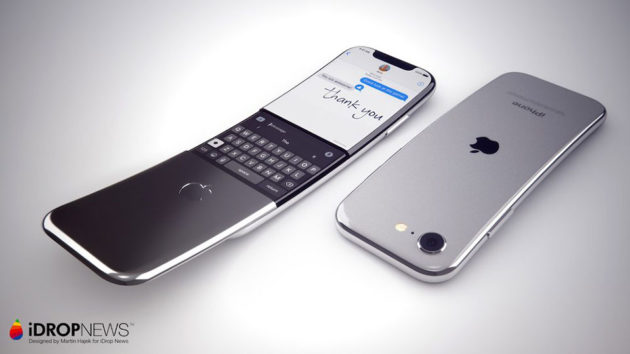 The result is, as you can see, a very banana phone device. OK. I have to admit that the phone looks kind of cool, but it is at the same time silly. I mean. Really? Who wants a sliding panel even if it looks this rad? OK. It is nice. I am not going to deny it, but at this stage, it is practical to say the least. Anyways, this sliding thingy hides a “keypad screen.” And you know what this means. It means the display is only half of the phone length. That’s tiny by today’s standard. If you are assuming the “keypad screen” can form part of the display. Well, about that… it could but the thing is, between the “display” and the “keypad” there is actually a step, which will make the images displayed look awkward. Then again, we have the notch already, don’t we? How bad can a step be, right, right? 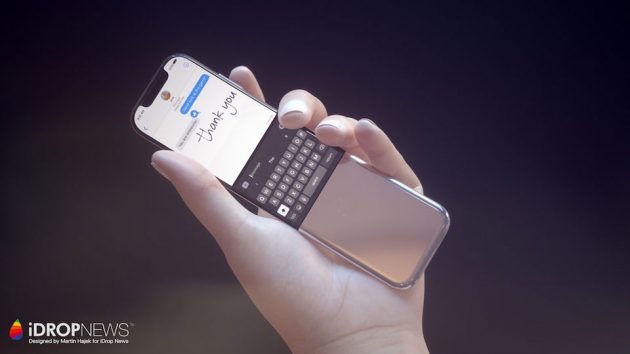 We love how Martin has incorporated the original iPhone touches, specifically the chrome finish to the slider and the back, to the concept. It has some iPhone X elements too, like the infamous notch and the edge-to-edge display. Overall it is a beautiful design, but we won’t hold our breath for it to happen. The screen real estate is a hint of it not happening because, we simply want more out of the display. A squarish display can hardly satisfy our need to see more, does it? It is probably a device fit for Futurama or something. You can find more renders over at iDrop News. 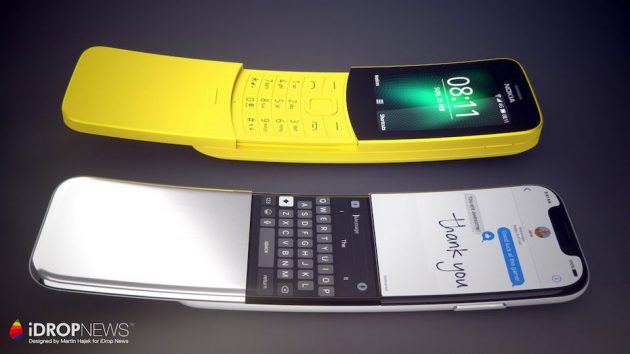 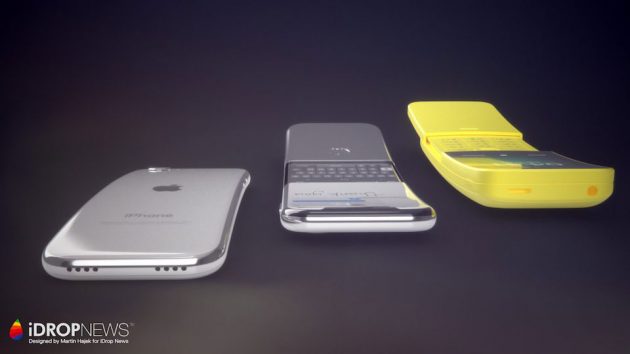