You know. I am actually glad that Adam Savage is done with Mythbuster. Why? Because, it is only then we get to see him getting the time to building and modding stuff that wows us. The latest build, a custom 1,000 Shot NERF Rival Nemesis, really had me drooling all over. For the uninitiated, the original NERF Rival Nemesis is good for 100 shot before needing to reload. Given that it is an automatic NERF blaster, 100 shot is hardly enough for a serious NERF skirmish. 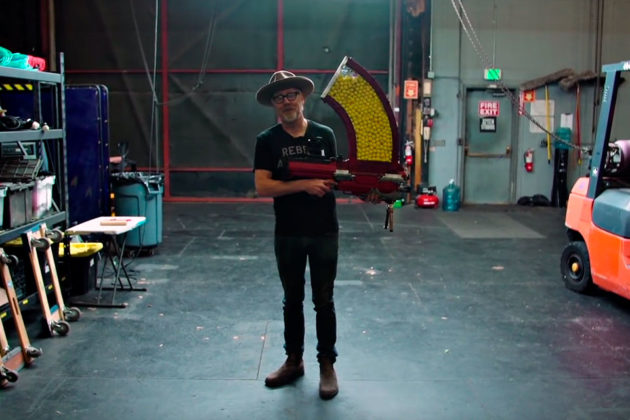 This is where Adam’s latest one day build shines. Of course, it shines. It has 1,000 shots for the love of god. In fact, it not shines in the capacity, it also shines in the aesthetic department. Not only did Adam gave it an enormous custom Borderlands-ish magazine, it also gave the blaster some really, really cool aesthetic touches by the way of kit-bashing (made famous by Industry Light & Magic), an awesome paint job, and upgrades like a bi-pod and a functional laser sight that is offset to the side. 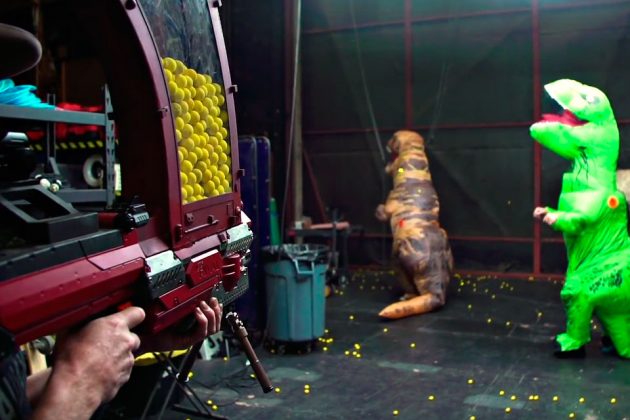 This custom Blaster may not have the extra punch, but you can sure win by the numbers – by raining the enemies with a thousand NERF foam balls before reloading. If anyone’s counting, that’s 10 times more over the standard issue which translates to 10 times longer of trigger holding. While I am impressed with the out-of-this-world 1,000 shot magazine, I am even more impressed by the details that turned an ordinary NERF Rival Nemesis into a totally bad-ass NERF Blaster.

Seriously, just look at all the details – the magazine cover, latches and all – that went into this build. Absolutely fabulous! I just can’t stop marveling at Adam’s Custom 1,000 Shot NERF Rival Nemesis. I just can’t. Keep going for an embedded video to see the entire build.

Jump straight to 34:43 mark if you just want to see Adam slays some prehistoric animals with this crazy custom NERF Rival Nemesis.