So, you think the LEGO 10030 UCS Imperial Star Destroyer’s 3,000 plus pieces was massive? Well, I guess you and I have seen nothing yet. What you see here is an ginormous LEGO MOC Imperial Star Destroyer called ISD Tyrant, put together by one seriously creative and talented LEGO enthusiast, Matt Benner. Guess how many pieces it is composed of? 35,000. That’s thirty-five freaking thousands – in case you need it in words. 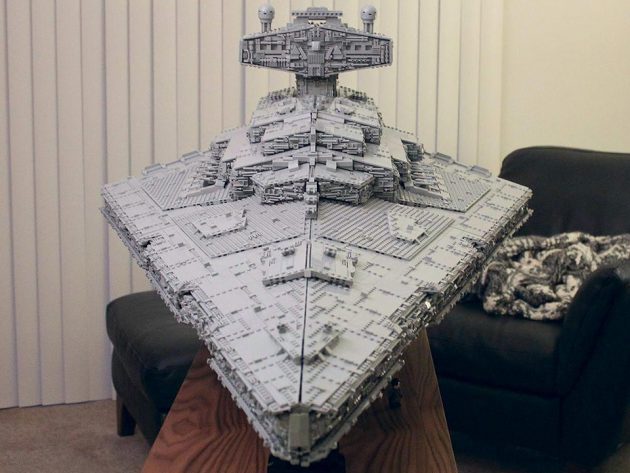 The beauty of Benner’s creation isn’t just skin deep, though. This massive LEGO MOC here is designed to be taken apart to reveal an insanely detailed interior populated by minifigures – several decks down. It has a detailed bridge, a conference room, the chamber, officer’ quarters, cargo bay, command center, detention center, and more – it has it all. 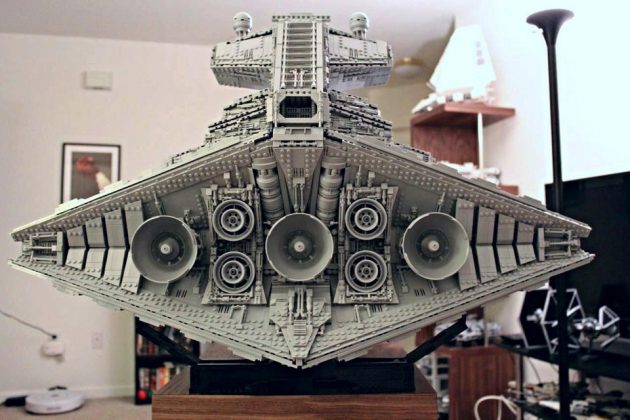 Those aren’t even it. The interior is so spacious that it could accommodate two TIE fighters and an Imperial Landing Craft. And it even has rotating turrets on the sides and deployable probe droids. Holy mother of… I was absolutely blown away by the level of details! Anywho, the ISD Tyrant stretches over 1.4 meters (56 inches) long – that’s about 20 inches longer than the LEGO UCS version, and weighted in at a hefty 32 kilograms (70 lbs) when fully loaded. 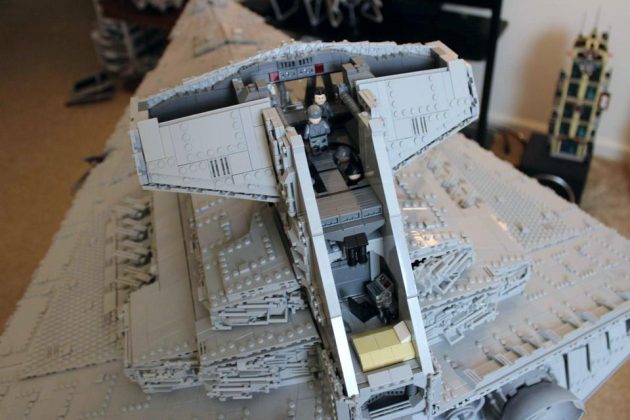 Continue reading to find a walkthrough of the ship by Beyond the Bricks and oh, try keeping your jaw up, will ya? It is really that impressive! Also, you may want to check out Matt Benner’s YouTube channel for more LEGO MOCs and a boat load of images of his creations over at his Flickr too. Seriously, you do not want to miss those. 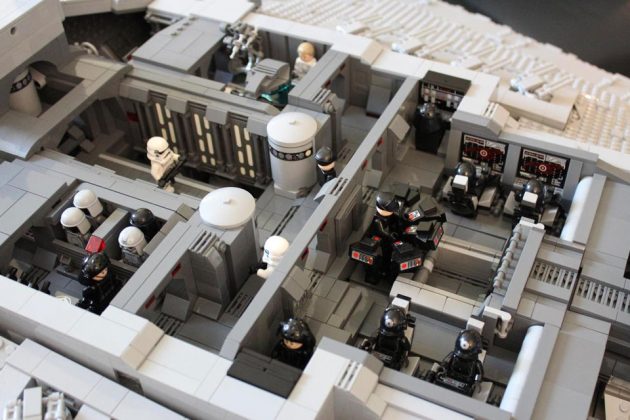 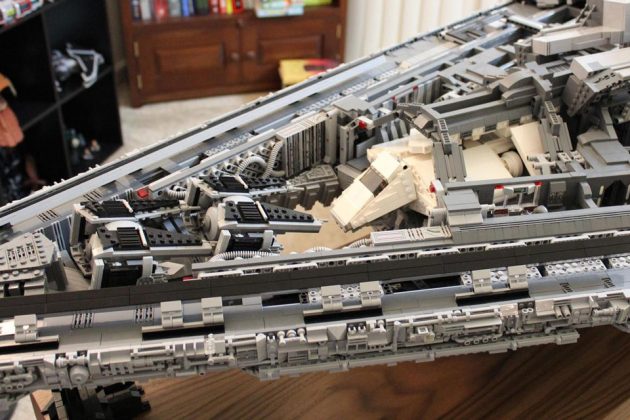