If you are a huge Star Wars fan who hope Han Solo’s iconic sidearm, the BlasTech Industries DL-44 Heavy Blaster Pistol, was real, well, we got good news for you. It is real. Well, almost. Slingshot Channel’s Joerg Sprave has made a rubber band version of the weapon used in the film. Now, you must be thinking: how the hell will a rubber band gun ever made anyone’s dream of owning the Han Solo’s blaster come true? It actually can. 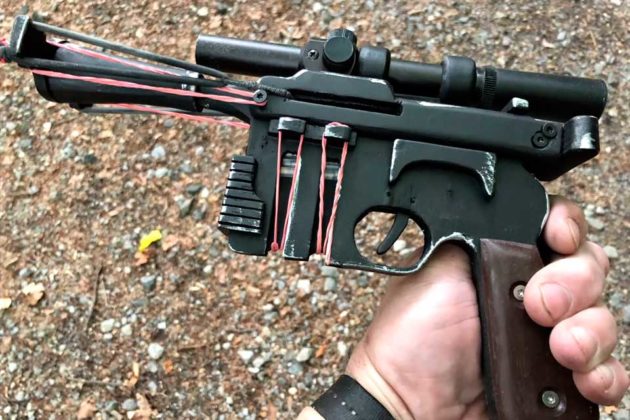 For starter, this wooden contraption replicates the look almost to the teeth – with the exception of some minor tweaks to ensure the rubber band shooting mechanism remains fully functional. But the coolest part perhaps is, it shoots ‘laser’, or at least it looks like it is shooting laser like it did in the movies, less the pew pew sound effect. In place of the usual projectiles, Sprave’s Han Solo DL-44 Heavy Blaster Rubber Band Gun uses miniature glow stick that, when shots are fired, make the projectile leaving the barrel looks like laser. 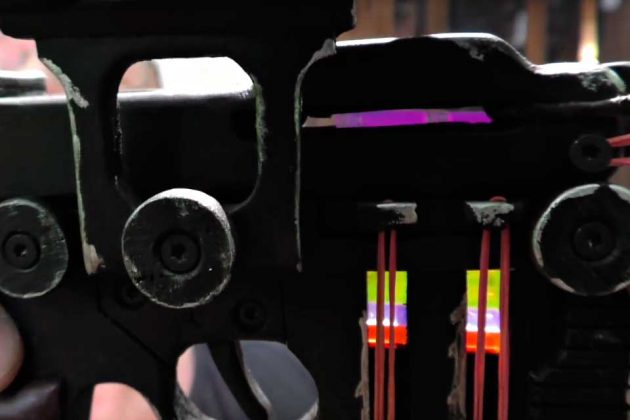 Although the glow sticks probably travel faster than the movies’ dramatic laser effect. Anyways, now you see why we say it is a dream come true. Granted that this rubber band version has no pew pew sound and also lacks the range and accuracy, but miniature glow stick projectiles are enough to complete the DL-44 Heavy Blaster shooting ‘experience’. Skip ahead to see the Sprave’s Han Solo DL-44 Heavy Blaster Rubber Band Gun in action.