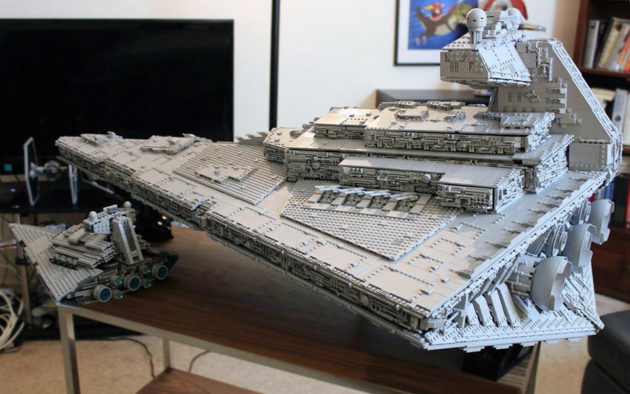 Granted, Doomhandle’s iteration is not the biggest Star Destroyer, nor it is one with the most bricks, but it wins by the details. Like, seriously detailed details. Made out of roughly 20,000 plus bricks, Doomhandle’s Imperial Star Destroyer Tyrant measures over 56 inches (1.4 meters) long and weighs a hefty 70 lbs (32 kilograms), and it opens up to an incredibly detailed interior featuring a hangar bay holding a pair of TIE Interceptors, an Imperial Landing Craft – both custom built, an A-Wing Fighter captured, presumably during its last battle, along with a quad of probe droids. 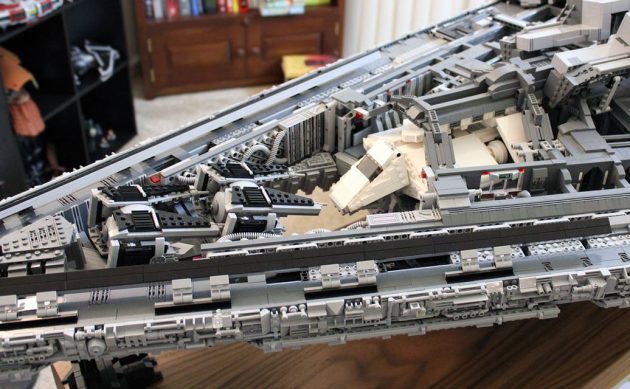 Apart from the hangar, other aspects like the bridge, the captain’s cabin and Level 3 (yes, even that!), just to name a few, are pretty roomy too, allowing Doomhandle to accommodate a number of minifigs for increased authenticity. Obviously, it could never be scaled to minifigure’s size, as that would make the Star Destroyer house-size (though it would be super cool if someone could do that). In total, it took Doomhandle”to the north of $2,000” and a year to arrive to what you see here. Apparently, it is not done yet. He still working to rig up some LED lights. Keep going for a few more look, or hit up Doomhandle’s Imgur page to see more photos. 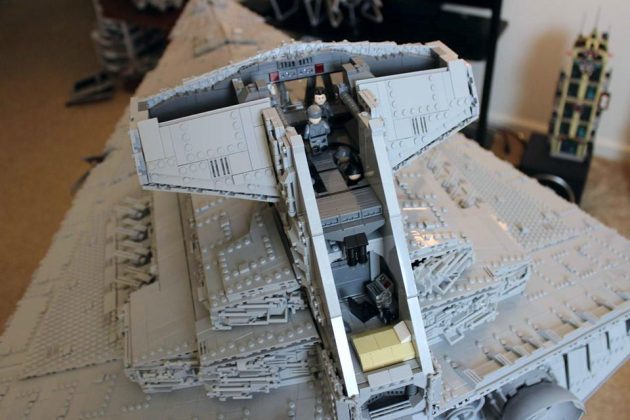 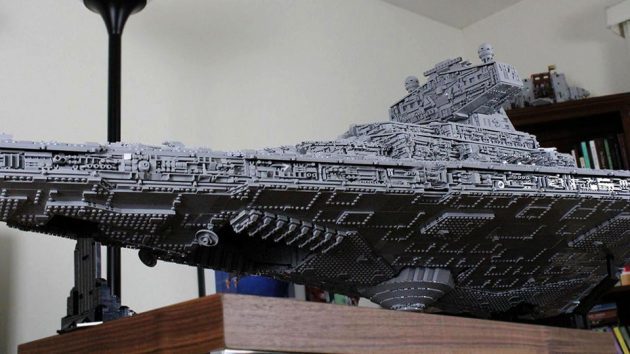 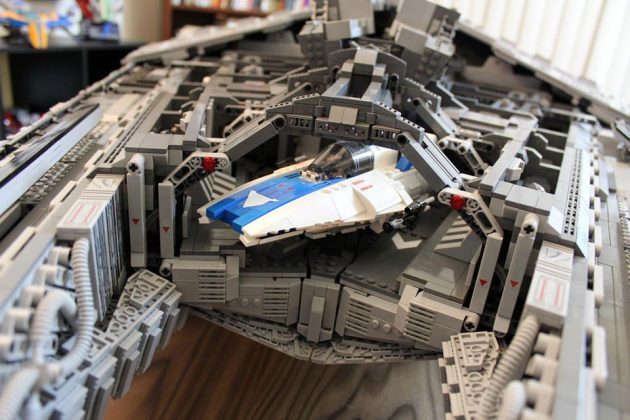 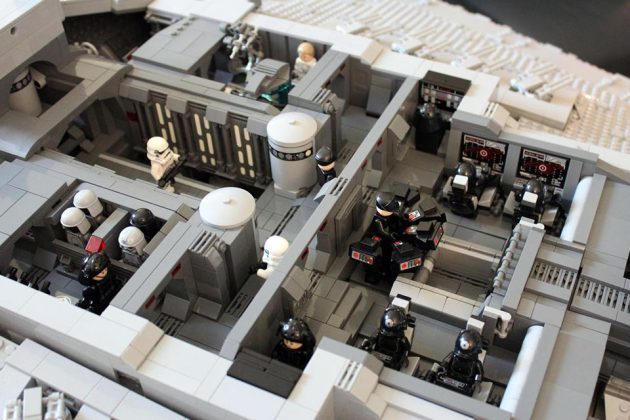