Toast is tasty, but in modern slang, ‘toast’ also means something being destroyed, like an electronic equipment got fried. Well, that’s what we know, but this custom PC is anything but toast. What you see here is a Toaster PC, created by one imgur user xXNokkenXx, that is literally a toaster. Though it does not make toast anymore, which may be a good thing though cos’ munching on crisp toasts would only invite crumbs to call your keyboard ‘home’ and that’s yucky. 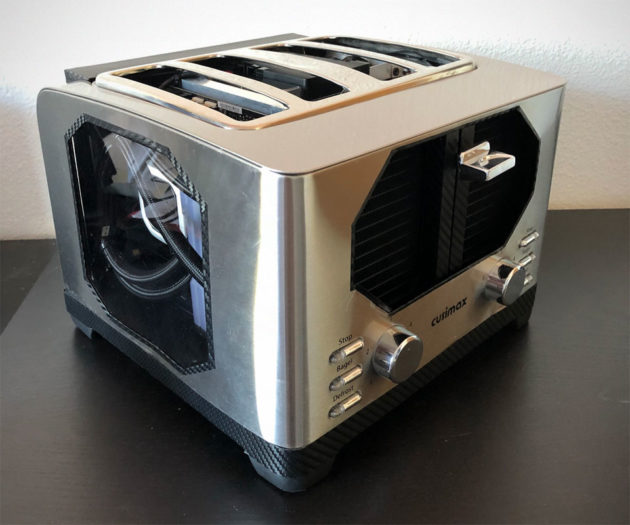 Anyways, the innards of this four-slice toaster was stripped and the interior custom worked to fit a functional computer with components like an AMD Ryzen 7 processor and a NVIDIA GTX 1080 Ti GPU. It took xXNokkenXx more than two months and 100 hours to complete this awesome build. Originally, xXNokkenXx had planned on installing a CD drive that would spit out CD like a toast, but unfortunately, it had to be aborted due to cable conflicts. 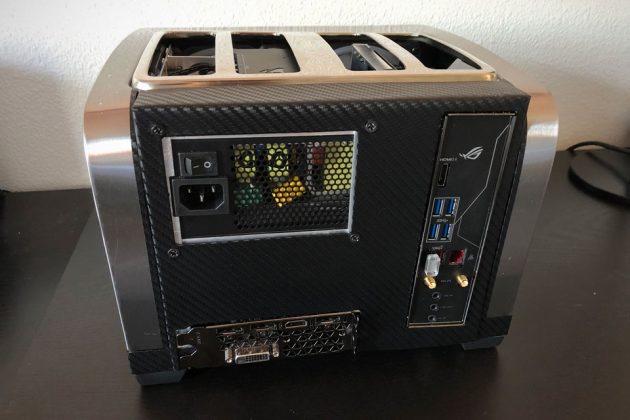 Anywho, it is still an incredible build, made even awesome by the stunning radiator, the Corsair LL120 RGB LED Fans and a working toaster lever that now serves as a power switch for the system. Oh, in case you are wondering, this is rigged to play games. While the Zotac NVIDIA GTX 1080 Ti GPU is based on the previous generation of Pascal GPU architecture, it is still pretty snazzy for 4K and VR duties. If you are interested, you can see the build process HERE.

In the meantime, have a look at the working toast lever in action: