while i do enjoy First Person Shooters (FPS) like COD, Bad Company and such, i have never thought about getting anything more immersive than a pair of headphones and a DualShock controller. however, for those hardcore FPS out there who wish that they could add locomotions into their FPS experience, then the Cyberith Virtualizer is the ultimate gaming rig for you. designed to work with VR headset such as the Oculus Rift, and gaming guns and motion-sensitive remotes (like the Wii-mote), the Cyberith Virtualizer is the simulator for FPS, featuring an omni-directional treadmill that let you physically walk and run through the crafted worlds. 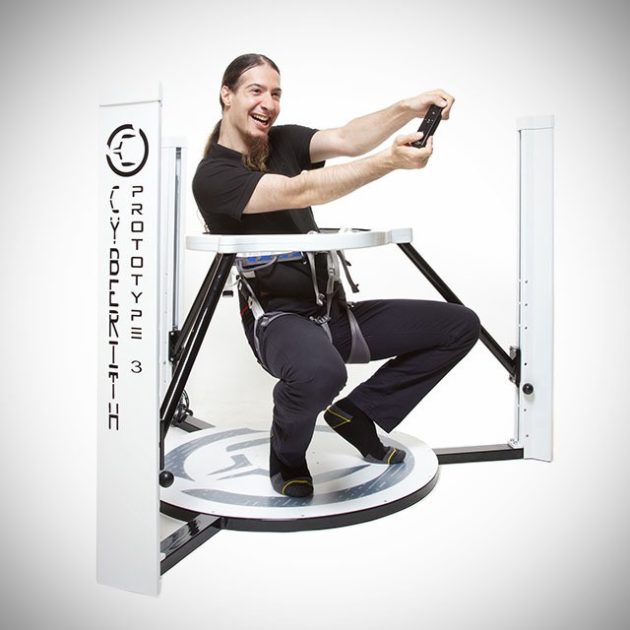 Cyberith isn’t the first to propose such out-of-this-world, or should we say into-another-world experience, but the Austrian firm will be the first to offer an expanded set of locomotions that includes crouching, jumping, kneeling, rotating and get this, even sitting down so you can ‘virtually’ sit in a car or ride a bike instead of unrealistically standing up. the only thing it can’t do with is proning (which is very much part of FPS gaming), but this is as close as you can get to sinking yourself deeper into the virtual battlefield. the Cyberith Virtualizer also stands out as the first to offer haptic feedback via vibration packs using acoustic-haptic technology, so that gamers can feel the game and be closer to the action, so to speak. 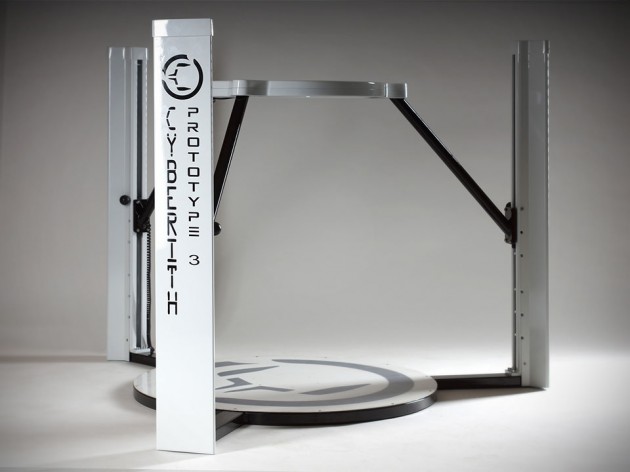 looking at the recent developments in virtual reality technology, it looks like the future of FPS gaming is set to be a hardware-orientated one. imagine integrating other developments such as the Control VR Gloves, KOR-FX Gaming Vest and the likes into the Cyberith Virtualizer, man, it could really blur the line between virtual and reality. forget about 4D cinemas. gaming is moving into the xD realm. though primarily design for gaming, Cyberith Virtualizer can be adapted for other more ‘purposeful’ usage like virtual tours, education, and training intents.

however, this virtual reality dream is yet to be a reality; at least not until it reaches its set funding goal of $250,000 on Kickstarter in the next 37 days or so. at the time of this writing, Cyberith has already garnered 266 backers with financial backing amounting to nearly $180K. if you are up for it, you can back the project up and help push it cross its goal. prices start at $599 for a Virtualizer without sensors, while a unit with haptic feedback cost at least $999.