you have heard the song, seen the video, and probably worn the helmet, but your Daft Punk fanboyism won’t be complete without a couple of Daft Punk Action Figures. made by Bandai’s S.H.Figuarts brand, these action figures feature the unmistakable detail that S.H.Figuarts high end action figures are known for and each of these figures were the result of the supervision by the artists themselves. it is good that the duo were involved in the creation, it is after all, the French duo who know themselves better. each of the robot-suited Thomas Bangalter and Thomas Guy-Manuel de Homem-Christo feature exacting details including shiny metallic finish helmet, along with transparent parts, S.H.Figuarts’ advanced articulation, and interchangeable hand parts – all seven sets of them – for you to recreate the duo’s dynamic poses. the figures are each sold separately and are available for pre-order now for $44.99 each. expected official release date to be on the December 27, 2013. another look after the break. 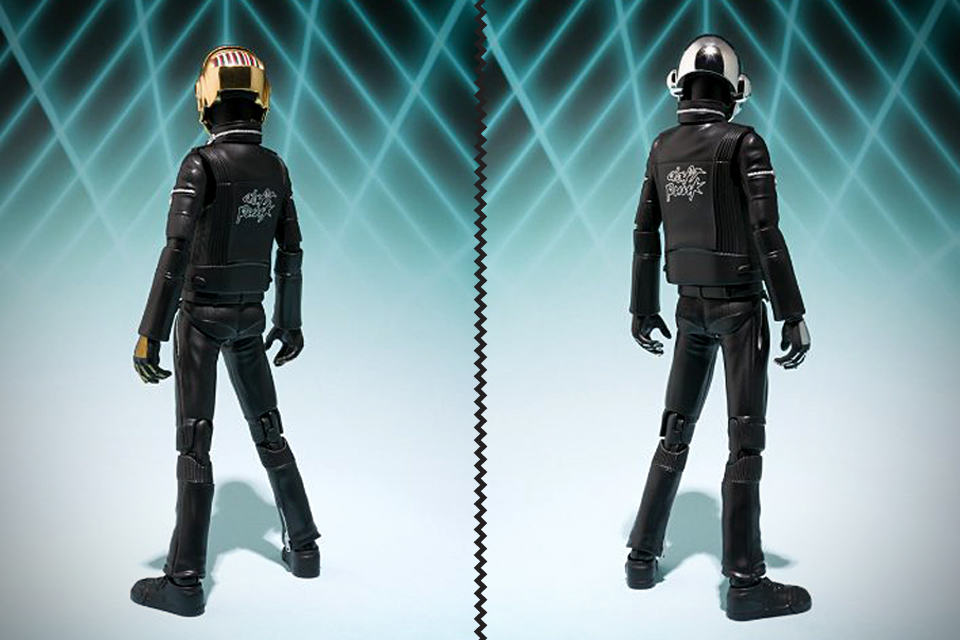