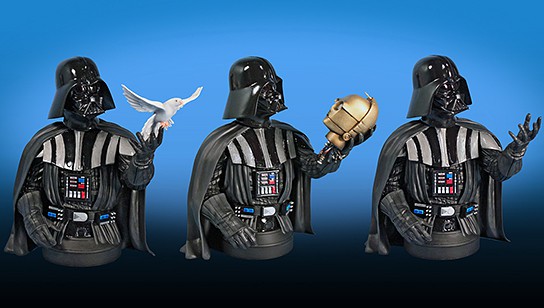 Gentle Giant has announced the availability of the Darth Vader Meet the Maker Holiday 2011 Deluxe Mini Bust for 2011 premier guild members. the bust is sculptured based on LucasFilm holiday greeting card that features the dark sith releasing a white dove. yea, i know it’s kind of ironical cos’ white dove is usually associated with peace and loving, but the Darth Vader is anything but that. luckily, it has an interchangeable hand that doesn’t hold the symbol of peace. this deluxe version also includes another interchangeable hand holding C3-PO’s disembodied head. along with it, is a Dark Horse comic-inspired “Thank the Maker” story from Star Wars Tales #6 that tells of how the ever-chattering golden droid friend ended up on Vader’s hand.
[ad#Google Adsense-text-468×60]

this 1/6th scale Darth Vader boast three pose variations and is hand numbered, accompanied with a matching certificate of authenticity. it is said that this is a limited edition collectible, but no exact numbers were being divulged. the Darth Vader Meet the Maker Holiday 2011 Deluxe Mini Bust is now open for pre-order (for premier guild members) with a modest price tag of just $75. check it out here. 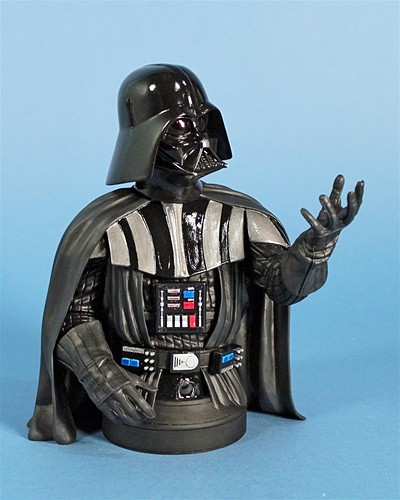 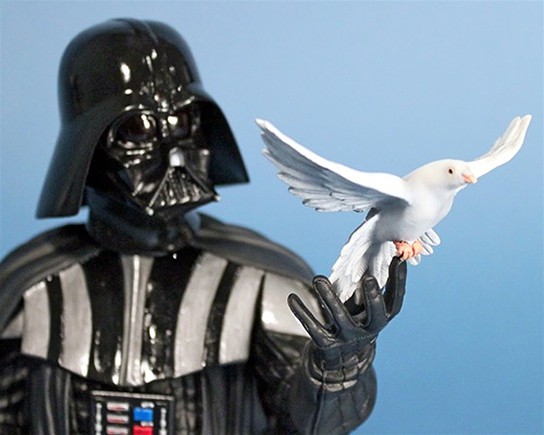 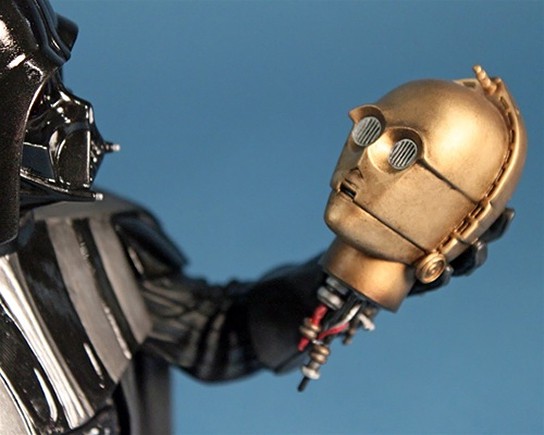