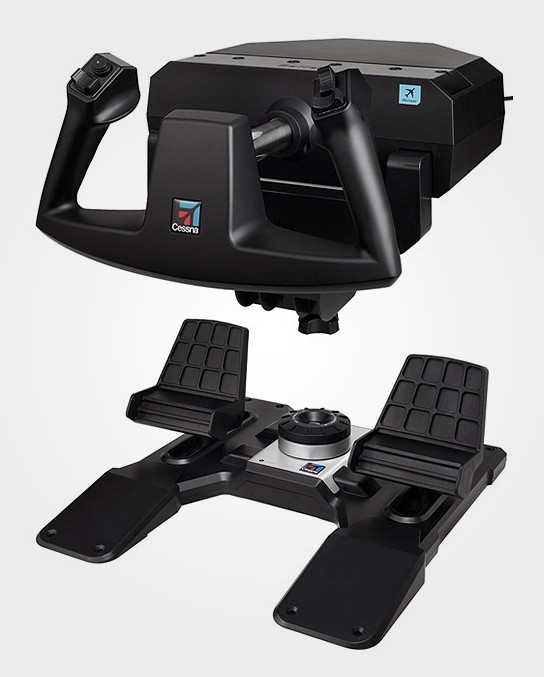 any flying enthusiast will agree that the next best thing to the real deal is flight simulator on our PC machines but that wouldn’t be complete with a solid set of flight yoke and rudder pedals. the new officially licensed Saitek PRO Flight Cessna should put a smile on any flying enthusiast’s face. the PRO Flight Cessna consists of the flight yoke, a set of rudder pedals, and trim wheel control panel – all which are modeled in accurate 1:1 scale after the real stuff as found on the Cessna 172 / 182 aircraft. in addition to replicating the look of the real flight control, the yoke also features extra hard buttons, including a point-of-view hat switch. the yoke has a full 90 degree of turning and an integrated USB hub for connecting other parts from the Saitek Pro Flight range of products, such as the PRO Flight Throttle Quadrant.
[ad#Google Adsense-text-468×60]

Mad Catz is having a introductory offer for the Saitek PRO Flight Cessna Bundle for $449.99 and comes with a free switch panel that you can use it to program for landing gear, engine power, landing lights and eleven other important aircraft functions. according to Mad Catz, the supplies for this bundle is limited so if you want one, you’d better be quick. looking at the individual prices, the bundle will help save you roughly 50 bucks. that said, i won’t say the Switch Panel is free, but more like half price with the bundle. 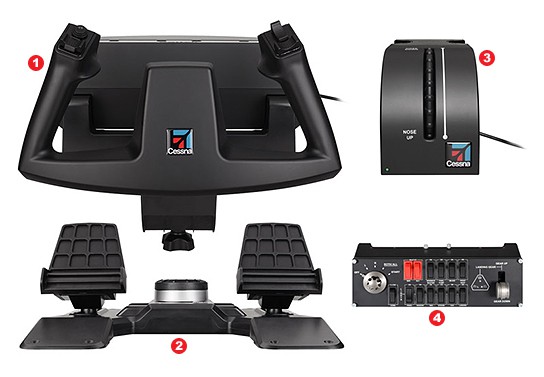