If you haven’t already heard, the much anticipated DC mobile RPG, DC: Unchained, is out earlier this week. We have a go at it and I am already hook. It remains to be seen if this “freemium” mobile game requires you to invest real money to progress. However, after a few days with the game, it seems like you do not need to use real money to make decent progress. Of course, if you do, you should be able to make the rank faster, but that’s really not necessary at this point. There was a pre-opening on March 26 and the official opening is earmarked to be on the March 29.

The game is available for download on both Google Play store and Apple Appstore. The price is free, but a myriad of in-app purchases are there for the impatience. Developed by Korean game studio 4:33 Creative Lab, AKA Four Thirty Three, Inc., DC: Unchained promised to stay true to the DC Comics experience via action role-playing gameplay. The game sole and main competition will be, no doubt, Netmarble’s Marvel Future Fight which has been in the market for 2.5 years now. If you have played Marvel Future Fight, then you can pretty much can expect similar gameplay mechanics. 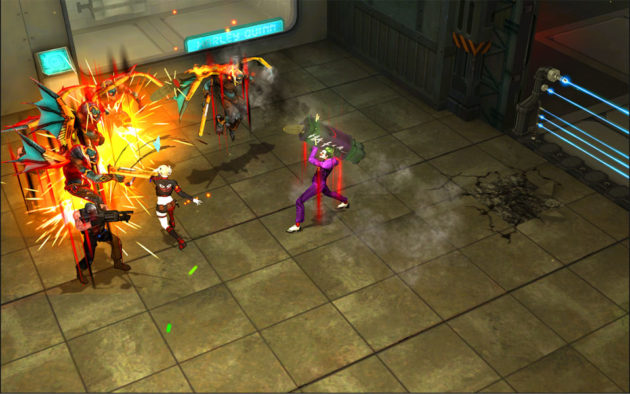 “One unsuspecting day, an army of Parademons lay waste to Gotham and Metropolis.
The Super Heroes & Super-Villains each fight off the Parademons in their own ways but quickly suspects there’s a larger conspiracy looming from behind. They each begin to investigate in their own ways and as they inch closer to identifying the culprit… “

Basically, the game is about bringing a team of three to kick some AI asses. What’s commendable is, DC Comics is really sticking to its comics root. The graphics has the cartoonish-style reminisces that of the animated series and comics comic book. The characters and the environments are loaded with the good’ol cartoon/comic style textures and colors, and those are something that really tickles my fancy. It kind of transports me back to the good old days of printed comic books and the cartoon series which I still watch today. Another note about the graphics so far is, it is not-so-taxing even running on high performance on my a-year-and-a-half old Google Pixel.

The dialogues aren’t as humorous as Marvel Future Fight, though, but it is suffice to get the story across. In any case, I skipped most of the story and get down to the business of kicking the brainwashed humans’ asses. DC: Unchained is available now as a free download on both Google Play store and Apple Appstore. Scroll down for the official game trailer.