What you see here is a hovercraft version of the iconic flying car from the second instalment of Back to the Future. I know right. If the DeLorean from the movie flies, surely it can skim over water too, right? Honestly, I don’t know if it could, but one thing for sure is, this DeLorean Hovercraft surely can. Except that this isn’t an actual DeLorean. It is a custom built hovercraft that has a shell that mimics the look of legendary DeLorean DMC-12 as featured in BTTF trilogy. 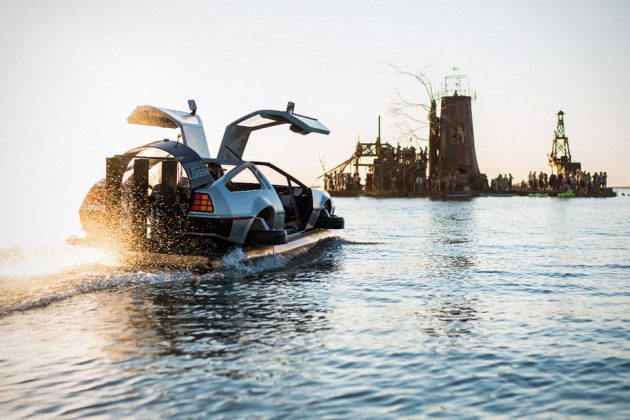 Obviously, the lackluster Peugeot-Renault-Volvo 2.85L V6 with 130 horses and 153 lb-ft (207 Nm) of torque is NOT going to cut it for a hovercraft. Instead, it is based on an actual hovercraft, the Universal Hovercraft UH-13PT. In fact, it still has the basic hull, skirt and fan ducts from the UH-13PT, but now it has everyone’s favorite DeLorean body crafted out of fiberglass-coated Styrofoam which is clearly, a lot less boring. 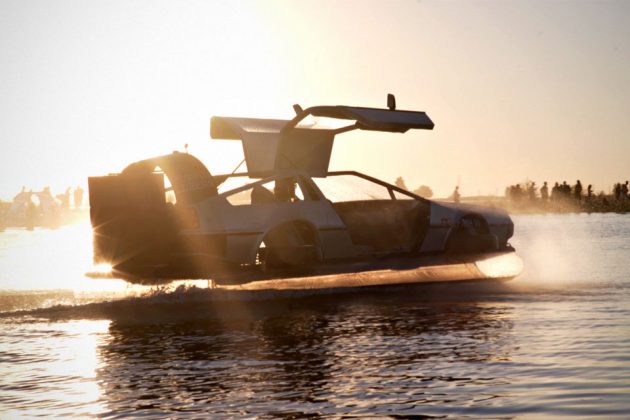 This amphibious DeLorean is push forth by a large 36-inch thrust fan powered by a 23 HP Briggs & Stratton Vanguard, while lift duty is made possible by a 24-inch lift fan powered by B&S 875 Professional series push mower engine. So, technically, this is hovering lawn mower. Notwithstanding the fact that it does not employ actual hovercraft motors, the DeLorean Hovercraft is still capable of hovering 6-8 inches (15-20 centimeters) over virtually any type of surfaces. Top speed is rated at 31 miles an hour (50 kph) under “good water conditions.” 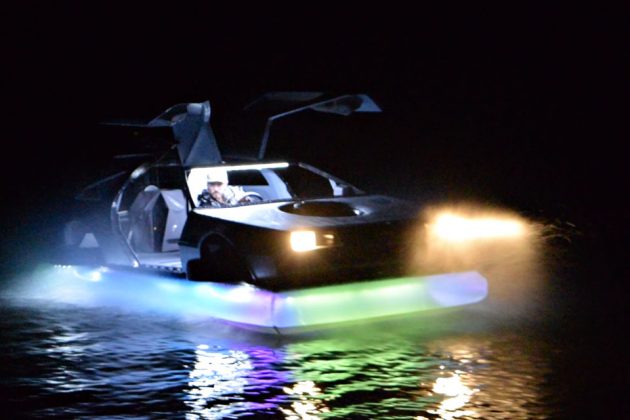 Works began in 2008 and it took a lengthy five years to complete. However, since its completion, it has been continuously improved on. It may be five years old, but the engine has only 40 hours on it, while the lift engine clocked just 10 hours. So, it is fairly new. Plus it has a bunch of new parts, including a fresh paint job. Since it uses non-hovercraft engines, the performance is at the mercy of a variety of factors, including payload, wind, surface conditions et cetera. But hey, it is a freaking DeLorean, well, kind of, and so it is all cool. 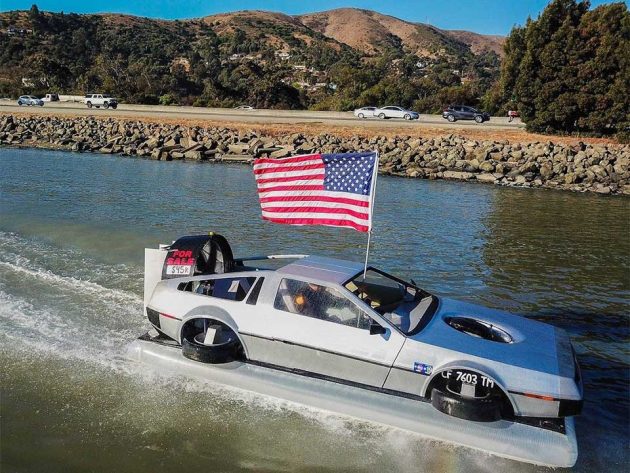 You may never get a DeLorean DMC-12 to take to the skies, but at least, now there is one replica that sort of flies, albeit just inches from the ground. The craft is currently located in San Francisco, California, U.S.A. and it can be yours… if you have $45,000 a drop. It is not known if it has a flux capacitor or not. However, one thing for sure is, it is not going to hit 88 mph, nor will it leave trails of flame behind it and surely, it will not travel through time.

You can find the DeLorean Hovercraft on eBay going for the said asking price, or best offer. And oh, the price includes a custom flatbed trailer to haul it around. 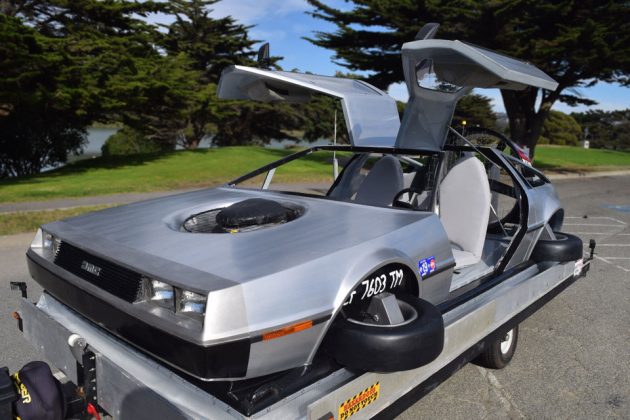