With the mobile game industry expected to hit $106.4 billion by 2021, it makes sense for handset makers to start taking serious attention and start rolling out smartphones designed with mobile gaming in mind. Razer set the ball rolling with its first smartphone last year. ASUS’ gaming arm, ROG, took heed and introduced its own gaming-centric device this year as Razer followed up with a second generation Razer phone. As far gaming-focused device is concerned, those are two are your only options. Actually, no. There is another called Black Shark. 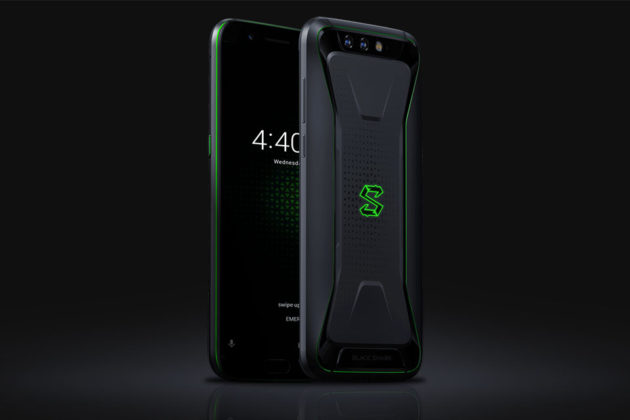 Black Shark is a sub brand of Xiaomi announced in April and since then, it has been a home market-only device, well, that’s until today when it is officially launched in Europe. With nearly every Android flagships powered by Qualcomm Snapdragon 845, it is really hard to argue that who’s hardware is truly mobile game focused. And so, the distinction comes in the form of crazy refresh rate display in the case of Razer, whereas for ASUS, it is gaming add-ons that pretty much turn the device into a handheld gaming device and less of a communication device.

As for Xiaomi’s Black Shark, it has taken hints from ASUS. On its global website, Black Shark is described as “best of both worlds” by having both physical controllers and touchscreen, just like the ASUS ROG Phone. Physical control is by the way of the add-on Black Shark Gamepad with comes supplied with the device. Additionally, the device also touts liquid-cooling technology, dedicated imaging chipset powered by Pixelworks, “powerhouse specs fine-tuned for gaming,” and stock Android experience which leads us to an interesting gaming-focused feature called “Shark Space.”

At a press of a physical button, Shark Space transforms the stock Android interface into a customized gaming hub where you can quickly launch games, view gaming stats, and more, plus Shark Space will instantly purged memory for performance boost. And then there is the Game Dock where, with a downward swipe on the fingerprint sensor, lets you quickly tweak settings without disrupting the game. Finally, there is a “x-type smart antenna” that promised to improve connectivity regardless of orientations. If you are wondering what’s up with the rather complex back, well, the design there is designed with improve grip and handling of the device when gaming.